﻿
Sisters Corresponding with Brothers in Prison 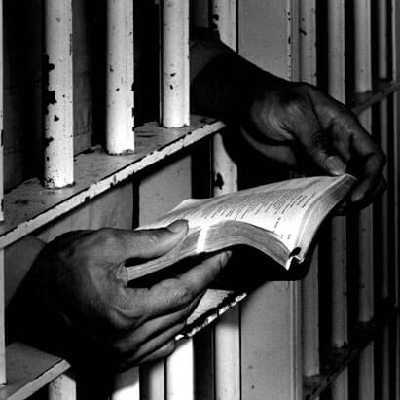 Is it permissible for female sisters to write to brothers who are in prison?

Islam came with guidelines, rules and principles that scholars derived from the study of the Qur'an and Hadith.

Among those principles are what Imam Ahmad, Malik, Ibn Taymiyyah and others established under (سد الذرائع) which is the rule of avoiding something permissible that may lead to a prohibited/haram matter.

Another principle of Islam is (درء المفاسد مُقدّم على جلب المصالح) which means when the evil is greater than the benefit, then leave the benefit as much as possible. One need not achieve it since it’s buried in the greater evil.

A third principle of Islam is (ما أفضى إلى مُحرّم فهو مُحرّ) — which means whatever leads to haram becomes in itself haram.

Based on the above mentioned principles of Islam, one should avoid corresponding with inmates of the opposite sex.

Most, if not all, the time, females writing male inmates start off with good intentions but then the shaytan enters instigating and makes a person think it’s only an innocent pen pal, or that one can earn great reward for writing to our beloved brothers in prison, or maybe to instill hopes of marriage.

There may be a benefit to writing someone of the opposite sex, but this leads to excessive communication and can possibly be haram.

This is generally the rule in communication between opposite sexes via the internet or otherwise, but even worse than that is when a brother is in prison and has not had any form of contact with a female for years, possibly even decades.  The handwriting, or the mere smell of the letter from a female becomes in of itself fitnah for the brother in prison — let alone anything that the lonely brother may misconstrue or take out of context.

There is no denial that there is benefit from writing to brothers in prison, but ultimately at the end the evil is greater (than the benefit).  Just like alcohol, there is a benefit as Allah (سبحانه وتعالى) said, but the evil outweighed the benefit and so it was deemed haram.

Shortly before leaving prison, a sister was writing to a brother words to boost his imaan and encourage him.  The letters went on and the fitnah began. The brother awoke to realize his error, stepped back, and wrote the sister that this cannot continue on and that he needs to speak to her wali to ask for her hand in marriage. The problem was eliminated when the family accepted and he only had a short time left in prison and was released. He later married her. However, not many situations turn out like this.

One should not say I know I’m strong and will not fall in the fitnah. One must stay away from areas or matters of fitnah and not go near them thinking he/she is strong. That is why the Prophet (ﷺ) said:

Let him who hears of the Dajjal (Antichrist) go far from him for I swear by Allah that a man will come to him thinking he is a believer and follow him because of confused ideas roused in him by him. [Sunan Abi Dawud (4319), Sahih: al-Albani]

The word used in the hadith (فلينأ) means ‘stay away from areas of fitnah.’

What many claim to be pure intentions does not justify an action that opens a door to fitnah. Therefore, one should shut this door in order to avoid falling into the prohibited.

The devil starts with communicating then it goes further to get to know each other, then a relationship develops, then the heart becomes attached, then what follows leads to major consequences.

In the matter of writing the inmates, the issue is easily solved when sisters write through their mahram/guardian by using their names and letting them see the correspondence (i.e. brothers, husbands, or even organization names). I personally received hundreds of letters with no sender names. By doing this, we are fulfilling our obligation of staying in contact with our imprisoned brothers without causing fitnah.

So, if the purpose is really genuine for the sake of Allah, then a sister would never have a problem not putting her name or using a mahram or organization’s name to eliminate this entire ordeal.