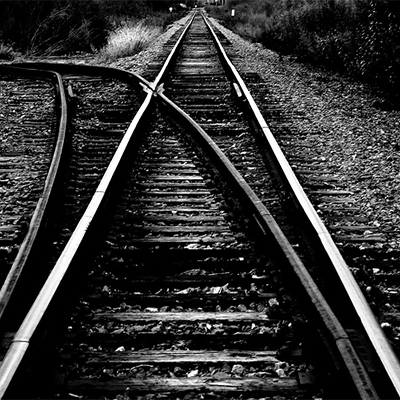 Among those who have been side-tracked all their life was a righteous scholar ‘insha'Allah’ from what we seen of him, and Allah knows best what’s in the hearts.

Shaykh Imam Abd-Allah Bin Hassan Qaood (عبد الله بن حسن بن محمد بن حسن بن عبد الله بن قعود) who held the same position as many others whose names reached the peaks and are repeated on our tongues daily, yet he is not as popular. We need to keep in mind what many forget that being a Shaykh is a duty to please Allah (سبحانه وتعالى) and not a beauty or popularity contest.

There is a reason some gain so much fame in certain countries while others more knowledgeable get side-tracked. Some Ulama' know they are being used while others are sincere and don’t comprehend it. Many are used to maintain the stability of governments because the masses have always had confidence in their Ulama’.

There are governments that spend millions promoting Ulama’, putting millions more at their disposal as long as they remain beacons for that corrupt government injecting the masses with loyalty to that government.

For a Shaykh fame is easy to attain. Make matters easy and give the masses the popular opinion!

The top two twitter famed scholars in the Arabian peninsula, one of which is about to reach nearly 3 million followers and the other nearly 2 million. Both were in Libya at separate times months before Qaddafi was overtoppled on Da'wah tours, invited by Qaddafi and his son “Saifallah” – personally. Through their speeches they would at times directly, praise and make duaa' for the leader or his government. One went on to return to the Arabian peninsula to talk about the the great achievements of that government. (Alhamdulillah for youtube that saved it all).

When the Arab Spring broke out it was now popular to be against the Qaddafies. They began to speak against that same man, his government and supposed achievments. I’m not sure what changed within months?

Saifallah called one of the pair in the midst of the problem seeking help in calming the masses to merely repeat the same words he did a few months ago. But now popularity demanded otherwise.

There were days where the knowledgeable were respected for their knowledge, adherence and solidarity to it. Not the advertisements, looks, followers or even the ‘make up’ they put on!

Imam bin Qaood born in 1925 – 1343H, May Allah raise him and all our scholars ranks, was a man who was into international da'wah before many knew what da'wah was—a teacher and friend of my father (may Allah give him a long life full of deeds).

Much was said about him that I’m not going to repeat as it’s all over, but there was plenty purposely buried. Two stands in the history of this man will give you a glimpse of what he was really about.

In 1406 at the age of 63, he was suddenly “ordered/forced” into retirement from that position. Some claimed he reached the age of retirement, but it was deeper than that.

The King in a meeting with the ‘Ulama was assuring the people that the television and some social issues have gotten much better Islamically. While most remained silent, some nodded, the lion Ibn Qaood stood up and in the outmost respectful manner begged to disagree. He went on later to ordain more good and forbid the evil that none spoke about, especially during that time - most done in secrecy, until he was “forced” into retirement and sidetracked.
Eager to see him as a student in Madinah I finally found him in his tent in Mina during Hajj. I presented him with a list of questions I had along with my tape recorder.

He asked my name, was happy to see me, and asked about my father, then said, “Do you and your father still live in America?” I said, “Yes.”
With a humble smile he said, “Well when you move out of the land of the kuffar, I’ll answer you. That’s more important than your questions.” I stayed after him but he refused to answer.

I told him Saudi does not give refuge for Muslims to live. He told me I want you to come with me to Riyadh (May Allah raise his ranks). In the past 11 years especially, this story kept repeating itself in my mind and how imams like him had so much foresight and how I realized the hard way that he he was right; leaving the lands of the kuffar was more important than my list of questions.
Another stand is what Adel al-Hatool said, a man who knew him very well

By Allah, I saw Imam Ibn Qaood walk out of prayer in the Haram of Makkah when as-Sudais over did his duaa’ for the King! As Sudais is known to do many times.

Many today would call one a khawarij if he did that. They can only accept one opinion of scholars who made duaa' for their leaders. In fact after research, the famous saying (Had I had one supplication that would be answered it would be to our leader) has no chain to it. And even so, the same man they attribute it to most of the time (Imam Ahmad) had made duaa’ against his leader and was imprisoned by him. In fact, Imam Ahmad passed through Tartoos where the khalifah al-Ma’moon was burried and refused to allow those with him to ask Allah for mercy upon him because he declared him a kaffir.

I can - to some degree - respect if one wants to make duaa’ for a leader in the Muslim world (May Allah cure our hearts in their humiliation); but they can’t accept - to no degree - the opinions by those who chose to make duaa’ against their leaders in Muslim countries.

This reminds me of a famous imam who led Taraweeh for sometime in the Haram of Makkah. Shaykh Ali Jaber (علي عبد الله جابر) whose unique high/low tone voice used make those praying behind him feel as if they were really on a floating ride in another world with the Qur'an. The man who literally brought millions to tears. He too was suddenly side-tracked. I prayed behind him as a child in 1984 and was always asking people where did that Imam vanish to?

Working in the Ministry of Justice he had seen so much injustice! He gave advice but it went to deaf ears. He then refused a high ranking position as a judge, offered to him by the King in an attempt to win him over. With his refusal they forced him into retirement from the Ministry of Justice leaving him for some time with no job.

Due to his popularity the King attempted to win him over repeatedly by offering a very generous offer in return for recording the entire Qur'an on high-tech equipment. He refused but did it on his own. For years the rumor was that after leading with that exceptional voice and memorization he was hit with an evil eye and lost his mind! I met him while in Medina in the 90’s and wallahi he did not lose his mind, they lost theirs!

Those wicked in power have always tried to manipulate history. However, with what little of media we have we will keep their name afloat insha'Allah. If we forget it Allah (سبحانه وتعالى) has not and will not. Shaykh Ali died with a smile and those who washed him said even though he was overweight he was light in our hands, it only took three of us carry him around and his body was as fresh as can be.

May Allah (سبحانه وتعالى) raise their ranks to Firdaws!