﻿
Verily the Patriots are Brothers! 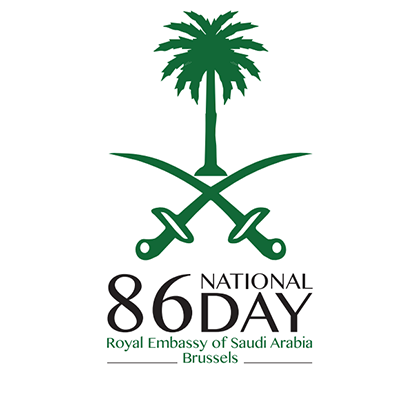 In the Name of Allah, ar-Rahman ar-Raheem,

All praise is due to Allah, and may the peace and blessing of Allah be upon the Messenger.

I came across an item of news published in the newspapers, dated 10/11/1425, entitled “Beginning the School Day by Saluting the Flag” and making the “National Day” an official holiday. So I wanted to remind my Muslim brothers of the following:

What is intended by way of these decisions is to “replace that which is good (Islam), with that which is lowly and vile” and to substitute the bond of belief with the bond of “nationalism” [among the believers].

In times during which religious curriculums have diminished and the principles of al-Wala’ (loyalty) and al-Bara’ (disassociation) have been removed (which is the basis of Islam), and the imposition of that which is termed “saluting the flag” and making the “National Day” an official holiday emulating Eid al-Fitr and Eid al-Adha! All that now remains is to make the principle “Verily, the patriots are brothers” instead of the saying of Allah, the Exalted:

There is no doubt that the call to nationalism or patriotism or their like is from the calls of Jaahiliyyah (pre-Islamic times), which the Muslims are obliged to refute.

Everything that is excluded from the call of Islam and the Qur’an, whether it be lineage, land, race, school of thought or method, then it is from the origins of Jaahiliyyah. [28/328]

This is what is referred to in the saying of the Messenger of Allah (ﷺ), narrated by Ahmed on the authority of Ubay bin Ka’b:

If anyone proudly asserts his descent in the manner of the pre-Islamic people, tell him to bite his father’s genitals, and do not use a euphemism.

There is no doubt that the call to nationalism is from the affairs of Jaahiliyah, as it is a call to other than al-Islam. [1/289]

He also said in regard to replacing Islam with nationalism:

And is this not opposing the Book of Allah and His Shari'ah (law), and exceeding the divine limits, having allegiance and hostility, love and hate for other than the religion of Allah? How great of a falsehood is that, and how evil a path. The Qur’an calls for loyalty to the believers and hostility towards the disbelievers no matter where or in what state they may be and nationalism is a rejection of that. [1/296]

To deny the taking of a day to celebrate as an ‘Eid, other than the two ‘Eids, even if it’s called by a name other than “‘Eid”, then the consideration is for the generality of the reality and not for the specificity of the name.

The scholars of the [Saudi] state have already issued rulings that matters such as this are an innovation (bid’ah) and an evil (munkar) as documented in many of their books. See for example the “Fatawa of the Permanent Committee” [3/81–89].

That which is called “saluting the flag” is haram and it’s not allowed to recite or chant it, whether it be teachers, students or anyone besides them, due to two factors:

First: It is a call from the calls of Jaahiliyyah which aims to substitute Islam with the nation [i.e. nationalism], which has been discussed.

Second: It contains words of polytheism like their saying: “Long live the king for the flag and the nation” and this is for certainty polytheism because Allah, the Exalted, says:

So, Allah made the living for Him alone exclusively without any associates, whereas in the anthem the “living” has been made for the king instead of Allah, and this matter is apparent.

It is incumbent upon the scholars and the students of knowledge to expose the truth in such matters. Not a day goes by except the Muslims are afflicted by such matters, and Allah the Almighty has said:

﴾(And remember) when Allah took a covenant from those who were given the Scripture (Jews and Christians) to make it (the news of the coming of Prophet Muhammad ﷺ and the religious knowledge) known and clear to mankind, and not to hide it..."﴿  [ali-Imran 3:187]

And remaining silent upon these matters is what has made the people of falsehood bold in their falsehood.

I ask Allah the Glorified to grant victory to Islam and its people and to defeat the kuffar and their helpers. Surely He (Allah) is the Protector and All-Capable of doing that.

And may the peace and blessings of Allah be upon our Prophet, his family and his Companions.