﻿
When Jihad Is for the Sake of America 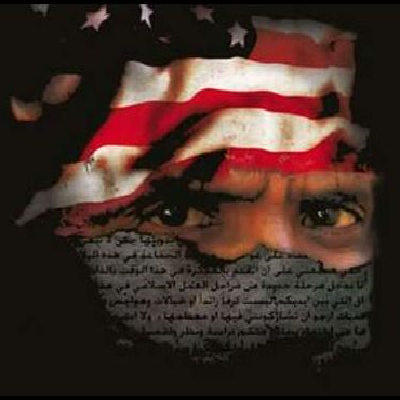 In the Name of Allah, the Most Beneficent, the Most Merciful

All Praise is for Allah, and may Peace and Blessings be upon the Messenger of Allah.

As for what follows:

So, we have heard recently the news of the Jihad and the increase in armed resistance against the Crusaders in the Lands of the Two Rivers (al-‘Iraq), and following that, we came to know of the stance of the country known as Saudi Arabia regarding this resistance and its criminalizing any support for it.

And in this document, I do not wish to provide the evidences for the legislation of this Jihad and assisting it, as this is a whole other issue. Rather, I want to expose the hypocrisy of this state by giving a quick comparison between its stance regarding the previous Afghan Jihad against the Russians, and the present Jihad in ‘Iraq and Afghanistan against the Americans.

The Saudi government encouraged the Afghan Mujahideen and supported them materially and morally, while it painted the Mujahideen in ‘Iraq as criminals and warned against supporting them. Rather, it made support of them to be a crime even if this support consisted simply of Qunut and supplication for them!

The Saudi government let the Mashayikh and the scholars to support the Afghan Jihad and to issue fatawa in its favor, while it has now outlawed any fatwa regarding the Jihad in ‘Iraq. Rather, it has made the scholars issue verdicts that outlaw and forbid any participation in it.

And the overall conclusion that can be drawn from this quick comparison is that when the Jihad in Afghanistan was against the enemies of America, and served the interests of America, it was considered, according to the Saudi government, to be Jihad for the Sake of Allah, and it was allowed for the Mashayikh to issue rulings regarding it, and material and moral support of it. And whoever participated in it from the youth was presented with that which would facilitate his going there, and he was referred to as a ‘Mujahid’!

And when the Jihad now in Afghanistan and ‘Iraq is against America and against the interests of America, it is ‘terrorism’  and ‘extremism’ and its people are hunted and killed. And whoever supports them with a fatwa or with wealth is imprisoned – let alone those who support them with men – and it is not allowed for the scholars to issue fatawa regarding it. Rather, it is the opposite: they are to issue verdicts forbidding anyone from going to ‘Iraq and that the actions that take place there are ‘terrorist’ acts, not Jihad.

So, the issue is very clear, and it is: that this (Saudi) state does not know of Jihad or anything else for the sake of Allah. Rather, it only knows Jihad for the sake of America. So what the Crusaders allow, it (the Saudi government) allows and supports; and what the Crusaders don’t allow, then they don’t allow either.  And Allah is Controlling of His Affairs, even if the disbelievers hate that.

Sidenote: So, its support of the Afghan Mujahideen in the past was because of that serving American interests in the region, just as in the 1980s (during the Reagan administration), the Saudi state supported the Contra rebels in Nicaragua – as the American president himself embarrassed them by exposing this – because the revolution there served the interests of America. Otherwise, both sides of that conflict were disbelievers, the region is empty of resources and there was no interest for the Muslims in that war. Rather, it was Jihad for the sake of America!