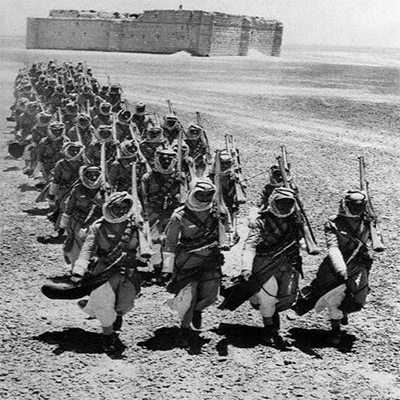 It is the sunnah of Allah (عز وجل) that those He honored with carrying His message to humanity were and will be the most tested. They are the ones who flee the most from being suspicious, from indulging in doubtful matters, and prevent making accusations. However, since time immemorial they are the ones most accused and suspected.

The most tested are the messengers of Allah and those who follow them, one is tested according to his belief, if his belief is found to be firm he is tested more.

There are many verses in the Qur'an that stress examples of how the Prophet (صلى الله عليه وسلم) and his companions were tested by virtue of carrying Allah's message to all. As a result, when one places upon the self the duty of dawah, one must bear its cost or fail the test - as most do.

At one time, as the Prophet (صلى الله عليه وسلم) was praying, a group from the disbelieving Quraysh placed a bloody uterus of a camel on his back. Similarly, the Prophet (صلى الله عليه وسلم), who is considered the best man to walk the face of earth, and the best man after the messengers, Abu Bakr, became wanted fugitives with a 200 camel bounty reward for them (equivalent to millions of dollars today). Their shelter was a mere cave!!

Importantly, one must observe that the Quraysh neither accused the Prophet (صلى الله عليه وسلم) of attempting to spread Islam, nor did they accuse him of trying to bring justice or even give the weak their rights. Instead, they accused him of actions by which they believed people would deem atrocious and evil.

Even though the accusations against him were the very same actions he preached against, they continued to harass him with character assassinations as soon as they became aware that people began following his message and were becoming Muslims.

Those who made these accusations toward him are the true enemies of Allah (عز و جل), and they still exist today.

Indeed a true da'ee must pay a hefty cost for spreading the message of Islam.

One day a woman was walking towards the outskirts of Makkah. She had become fed up with the crisis happening in Makkah after the proclamation of the Prophet (صلى الله عليه وسلم) that Islam should be the belief of all the inhabitants of Makkah. She believed all the accusations made by the Quraysh against the Prophet (صلى الله عليه وسلم) and decided to leave Makkah.

As she was walking, a man saw her walking and began to walk with her. He asked her where she was going and her reasons for leaving Makkah. She said, "It is because of that man Muhammad. He divides families, exploits the weak and has caused evil in Makkah."

The man continued to walk with her. He told her about Islam, and questioned her belief in the false gods of the Quraysh. Nearing the end of the conversation, the woman asked the man what his name was. He responded but she could not hear his name clearly. She asked him again. He replied, "Muhammad." At that point, he (صلى الله عليه وسلم) became the reason the woman began to walk back to Makkah to live the life of Islam as a Muslim.

As we can see, no matter what the blamers do, the bringers of Allah's glad tidings will be victorious. The reward in the life after has no limit from the all-generous Allah (عز و جل).

Even in this life, they are also rewarded. Reflect upon the history of all famous reputable scholars of the past and present, whose names we echo daily such as the four Imams, those before them and those after them like Imam Bukhari and Ibn Taymiyyah. They were all tortured, imprisoned and accused with falsity. Allah (عز وجل) made out of them legends whose names will be heard and supplicated for until the Day of Judgment because they endured their trials with patience and steadfastness to the truth.

And We made from among them leaders, giving guidance under Our Command, when they were patient and used to believe with certainty in Our Ayat (proofs). [as-Sajdah 32:24]

On the contrary, there will be those who may be perceived as leaders and legends of their times while the enemies of Allah advertise for them. Those are the ones who may appear loyal to the Muslims but are in fact, disloyal to Allah (عز و جل). They are the ones who "go with the flow", the ones who betray the Muslims, and bend and twist the teachings of Islam to suit their needs.

They live their lives this way, but when they are buried their names will beat them to their grave. If and when their names are mentioned after their death, they will be tainted with derogatory comments or curses of the Muslims. This is what Allah (عز وجل) has decreed for them.

A true example of those imams who lived a life of struggle and was killed in his prime was a man named Sulayman, son of Abdallah, son of Muhammad, son of Abdul-Wahhab. He was the grandson of the reviver of Islam, Imam Muhammad bin Abdul-Wahhab (رحمه الله).

Imam Sulayman is most famous for his book Tayseer al-Azeez al-Hameed. This scholarly work was an elucidation and commentary of a book written by his grandfather called Kitab at-Tawheed (The Book of Tawheed). The original book by his grandfather and Imam Sulayman's commentary are both widespread, translated and taught to students of knowledge all around the Muslim world today.

Imam Sulayman was born in 1200 A.H - 1785 C.E. in a town called Dir'iyyah in the Arabian Peninsula. This was a town known at that time for knowledge and a place of residence of the people of exemplary Islamic knowledge. Imam Sulayman became an exceptional student of knowledge memorizing the Qur'an, mastering the knowledge of inheritance, the knowledge of hadith (memorizing it, studying the science of authenticity), Fiqh and Usool. He also went on to be the best calligrapher of his time.

He once was quoted as saying,

I know the men who are narrators of hadith in the chains of hadith more than I know my tribes' names.

In addition to his Tayseer al-Azeez al-Hameed, he wrote several other books. One was a three-volume book on fiqh, a booklet on Juma'ah fiqh, and another called 'The Proof on Denouncing the Polytheists'.

He was known for being very firm in ordaining the good and forbidding the evil, and known for his protective jealousy over Islamic jurisprudence when they were being belittled or disregarded.

In 1233 A.H. - 1818 C.E. a leader from Egypt called Ibrahim Basha invaded Dir'iyyah in response to a request by the British. Ibrahim Basha was the son of the famous leader of Egypt named, Muhammad Ali Basha, who along with his son were both British agents, The request came about because the people of Dir'iyyah who were labeled as 'Wahhabi's' united with the people of Kawasim in what is today (Ras al-Khiamah) - United Arab Emirates. The British had received word that the people of Dir'iyyah and Kawasim were going to attack a British ship passing through on its way to India.

After several attacks upon Dir'iyyah, the people had no choice but to choose between surrendering to Ibrahim Basha or to die. They chose to surrender. Out of fear later on, people became informants for Ibrahim Basha against those who were perceived as a threat to his rule.

Among those who were depicted as a danger was Imam Sulayman.

Because physical and mental torture did not work, Ibrahim Basha ordered Imam Sulayman to be crucified in the town's graveyard. He also ordered that they continue to shoot at him until his flesh was shredded.

Imam Sulayman remained patient and steadfast to the truth. Though his life span was less than 33 years old, his scholarly works are being read, studied and implemented by millions of Muslims today. Tayseer al-Azeez al-Hameed has become a source in the knowledge of Tawheed for most of the Islamic World.

His father (Abdullah) was alive at the time this took place. Ibrahim Basha summoned Abdullah and boasted to him how he had killed his son. Abdullah replied by saying,

If you didn't kill him he would have died.

Ibrahim Basha was taken aback at the patience, unwavering dedication, and determination of Abdullah, Imam Sulayman's father. May Allah have mercy on Imam Sulayman, his father, and grandfather, and unite us with them in the peak of heaven. Ameen!

It is indeed ironic that at times we see those who do not believe in the Hereafter hold more heroic stands to what they believed in to the point where it became part of them like their flesh and blood, while those who claim for themselves a garden of heaven bigger than the sky and the earth cower and tremble away.

One must have resolve to what one believes in even if the pain and suffering reach their peak. One must have commitment to his belief even if those around him depart and abandon him. This is how one succeeds in the test, a similar test that Allah (عز وجل) sent upon His messengers.

O Allah, verily we seek your help, we believe in You, we put our trust in You and we praise You and we are not ungrateful to You. O Allah, You alone we worship and to You we pray and prostrate, for your sake we strive. We hope for your mercy and fear your punishment, for your punishment will certainly reach the disbelievers. O Allah, punish the infidels of the People of the Book who are preventing others from following your way. Ameen!