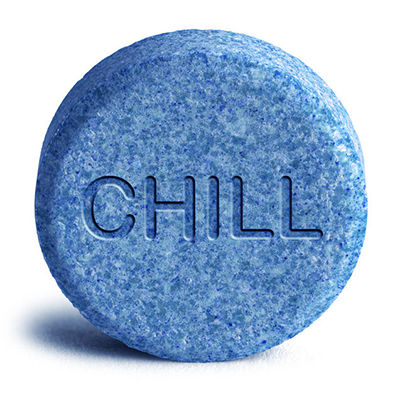 A popular statement said by many when they are corrected in jokes they are not supposed to say.

Although Islam permitted joking it placed some restrictions on it.  Some of those restrictions may be dangerous and even take one out of Islam if violated - may Allah (سبحانه وتعالى‎) guard us from that.

1. One cannot joke about something that includes within it the mocking of Islam, Islamic ordains, Islamic sunnahs or any aspects in Muslims physical appearances or actions they may do according to Islam:

This dangerous matter that many fall into takes one out of Islam automatically.

a) One has the choice of using a miswak (Muslims toothbrush) prior to prayer or wudu' -  that is sunnah. If someone mocks it, it will take him out of Islam.

b) A women must wear the appropriate hijab among foreign men, if she does not that is a sin.  However if someone mocks it they become a kafir.

c) Same with the beard, prayer, or hajj…etc.

And if you ask them, they will surely say, "We were only conversing and playing." Say, "Is it Allah and His verses and His Messenger that you were mocking?"

Note how direct and unique the verse is. It was revealed about sahabah who went to fight with the Prophet (ﷺ) in one of the toughest battles Muslims had to travel in. Some sabahah decided to pass time by joking so they went on to mock other sahabah around the Prophet (ﷺ).

When they were confronted they said "We were just joking".

Allah (سبحانه وتعالى‎) replied by saying it’s too late, do not apologize you have rendered yourself as non-Muslims.

2. Jokes MUST be truthful:

Woe to the one who speaks and lies in order to make people laugh; woe to him, woe to him.

Narrated by Abu Dawud, at-Tirmidhi and an-Nasa’i with a jayyid isnad.

b) The Prophet (ﷺ) used to joke but he never said anything but that which was true.

3. Do not scare your brother or sister as a joke:

Such as scaring your muslim brother or sister in physical movements, loud noise, or in the darkness.

a) Abu Laylah (رحمه الله) narrated  that the sahabah mentioned that they were on a journey with the Prophet (ﷺ) and a group scared a sahabi (another companion) in his sleep. The Prophet (ﷺ) said,

It’s not permitted for a Muslim to scare another Muslim.

4. Do not mock or ridicule a fellow Muslim or group of Muslims:

Some brothers or sisters use a friend of theirs to place upon them ridicule and jokes that degrade him or her.

O you who have believed, let not a people ridicule [another] people; perhaps they may be better than them; nor let women ridicule [other] women; perhaps they may be better than them. And do not insult one another and do not call each other by [offensive] nicknames. Wretched is the name of disobedience after [one's] faith. And whoever does not repent - then it is those who are the wrongdoers. [Al-Hujurat 49:11]

5. Joking and laughter should be limited:

A muslim does not waste his life making jokes and going to listen to jokes and make it his sole purpose in his gatherings and life.

Whomever laughs alot looses his respect; and whomever overly jokes becomes low in the eyes of others.

Fear joking because its stupidity that creates ill feelings.

He means being excessive in joking.

The joking that’s deterred from is that which is excessive and continuous. It gives one a hard heart, and deters from the dhikr (praise) of Allah. It usually ends in harm, creating ill feelings, and loss of respect. Whatever does not fall under this is mubah (permissible).

6. Keep in mind the respect of others present when you joke:

Some people make jokes among each other without regard to who is present and listening.

Scholars must be respected just as parents and elders should be. What one may be able to joke about in his age group may not be appropriate if mentioned among elders.

Know your limits when joking.

7. Joking must not contain backbiting in it:

This is not just limited to joking but anything said about a brother or sister behind his back which he hates jokingly or serious. That’s how the Prophet (ﷺ) defined gheebah (backbiting). Saheeh Muslim.

Those were some of the most common errors Muslims fall into when joking.

We are not of those who claim a frown on the face is sunnah and joking is haram. This issue just like every other issue in Islam is limited with guidelines to help preserve brotherhood, sisterhood and maintain good Islamic character to benefit you in this life and in the life after.

a) A man told the big and famous scholar Sufyan ibn Uyaynah (رحمه الله) 'joking is not good!'

NO! It is sunnah! For one who perfects it and practices it properly.

b) Bilal bin Sa'd (رحمه الله) a man who lived to meet the sahabah said,

I met people who were firm in their serious matters, when they sat to each other they joked properly, and when night came upon them they were the worshippers.

He said yes while belief in their hearts was as firm as mountains.