﻿
Why Is Cremation Not Permissible in Islam? Why Do We Not Believe in the 'Pledge of Allegiance'? 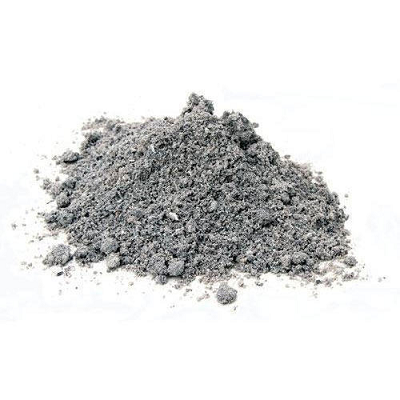 Today at work a co-worker asked me if cremation was haram, I told her yes, and she asked why but I wasn't able to tell her why. If you can let me know why cremation is haram in Islam. Also, this is regarding the pledge of allegiance, why is it not allowed in Islam and please explain so I can explain it to a non-Muslim.

Two reasons why we Muslims do not burn the dead:

1] Allah has given us clear guidelines on how to bury our dead; what we do not do, what we have to do, and what is permitted to do. And the teachings of Islam includes treating the dead with respect in a way that will fit the dead person. We wash him, cleanse him, and put a white shroud around him, then we offer a funeral prayer (janazah) and pray forgiveness for him. Allah does not include cremation as a part of it. Thus we do not do this nor are we permitted to do so.

And indeed We have honoured the Children of Adam, and We have carried them on land and sea, and have provided them with At-Taiyibat (lawful good things), and have preferred them above many of those whom We have created with a marked preference. [al-Isra 17:70]

Cremation is deemed as an act of dishonor to the dead. We derive at this by what we call Qiyas al-Awla, elevated analogy. Meaning, if we are not permitted to trample on the dead body, or sit on the actual grave itself, then more so with burning the body to ashes!

The pledge of allegiance is an oath one takes to be loyal to one's country. But in Islam we believe that we are loyal only to the worship Allah alone as indicated in the following verses from the Qur'an:

And I (Allah) created not the jinns and humans except they should worship Me (Alone). [adh-Dhariyat 51:56]

And verily, We have sent among every Ummah (community, nation) a Messenger (proclaiming): "Worship Allah (Alone), and avoid (or keep away from) Taghut (all false deities, etc.i. e. do not worship Taghut besides Allah)." Then of them were some whom Allah guided and of them were some upon whom the straying was justified. So travel through the land and see what was the end of those who denied (the truth). [an-Nahl 16:36]

On the other hand, nationality entails that the way of life and belief of a person is in accordance to that person's nation. Allegiance according to family, tribe, nation, race and color are from the days of ignorance that the Prophet (ﷺ) took us out of. In Islam we are united under one loyalty — the loyalty of worshipping Allah alone, and unity based on these categories above is based on a low spiritual status.

For instance, when the Jews claimed to be the chosen people of God, on the basis of their race, Allah, the Most High, rejected their claim and declared that in every period of human civilization, every race and every nationality there is only one standard for truth which is our faith:

And they say, "Be Jews or Christians, then you will be guided." Say (to them, O Muhammad Peace be upon him), "Nay, (We follow) only the religion of Ibrahim (Abraham), Hanifa [Islamic Monotheism, i.e. to worship none but Allah (Alone)], and he was not of Al-Mushrikun (those who worshipped others along with Allah - see V. 2:105)." Say (O Muslims), "We believe in Allah and that which has been sent down to us and that which has been sent down to Ibrahim (Abraham), Isma'il (Ishmael), Ishaque (Isaac), Ya'qub (Jacob), and to Al-Asbat [the twelve sons of Ya'qub (Jacob)], and that which has been given to Musa (Moses) and 'Iesa (Jesus), and that which has been given to the Prophets from their Lord. We make no distinction between any of them, and to Him we have submitted (in Islam)." So if they believe in the like of that which you believe, then they are rightly guided, but if they turn away, then they are only in opposition. So Allah will suffice you against them. And He is the All-Hearer, the All-Knower. Our Sibghah (religion) is] the Sibghah (Religion) of Allah (Islam) and which Sibghah (religion) can be better than Allah's? And we are His worshippers. [al-Baqarah 2:135-138]

In the last sermon of the Prophet (ﷺ) he said:

You know that every Muslim is the brother of another Muslim. You are all equal. Nobody has superiority over the other except by piety and good action.

Islam freed all humanity from the fleeting ties of this life, and freed them from the chains of blood relationships or race relationships.

When comes the Help of Allah (to you, O Muhammad (ﷺ) against your enemies) and the conquest (of Makkah), And you see that the people enter Allah's religion (Islam) in crowds, So glorify the Praises of your Lord, and ask for His Forgiveness. Verily, He is the One Who accepts the repentance and forgives. [an-Nasr]

In Islam our homeland is that place where the Islamic faith, the Islamic way of life and the Shari'ah (Law) of Allah is dominant. Only then is it worthy of man's dignity to pledge his allegiance.