﻿
Is it Permissible to Name Your Child Saif-Allah? 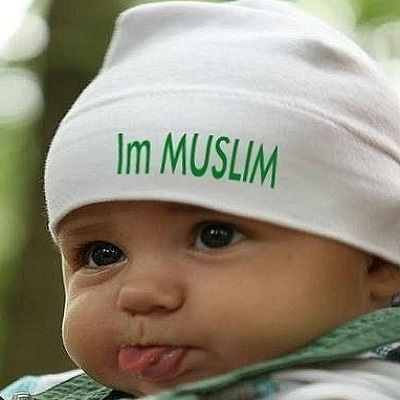 I read in Muhammad al-Jibaly's book that it is disliked to name your children Saif-Allah. Is it permissible? If not, why is it impermissible?

I have not read any books by the author you mentioned but this was an issue discussed by earlier scholars.

The bottom line on scholars opinions on epithet that are genitive to ad-Deen is that it is disputed among scholars between being haram, makrooh and halal. Most say it is makrooh/disliked.

Ibn Taymiyyah and as-San'ani mentioned az-Zamakshari’s statements and said similar to Bakr Abu Zayd deterring from giving those epithet.
When looking into their direct statements and other situations, you find it was because it was given to those unworthy of. Some even mention such titles were given to those who were astray. Their deterrence was because it was widespread at times to give such epithet to those unworthy of it.

In reality, some who were called such epithets were worthy of being called the opposite.

If you take Ibn Taymiyyah’s statements throughout the Fatawa altogether, you will know that when he deterred from naming with such epithet, it was those who were giving it to those unworthy of it and that is very clear in volume 6 p.183

Among those who deterred from it of the contemporary scholars was Albani in السلسلة الصحيحة. He went to saying one must even change it.

However, when looking closely into Imam Albani’s statement, one will see that he said it commenting on at-Tabari’s statement that Ibn Hajar mentioned in al-Fath 10/476 where at-Tabari was really deterring from using those names to ascribe purity to others.
Therefore, one should not use them to ascribe purity or to give them to those unworthy of it.

The Prophet (صلى الله عليه وسلم) did change his wifes’ name from Barrah (righteous one) to Zainab. Ibn Qayyim al-Jawziyyah in تحفة المولود p.133 said the Prophet changed it because it ascribes purity and because he did not want people to say (he left righteousness) when he leaves her house. Or people ask (did he leave righteousness) which can be taken in a wrong way.

Ibn Uthaymeen correctly stated on this in his فتاوى العقيدة  that it is permissible as long as its purpose was not to ascribe purity to another or to himself. If it is a mere name to call someone where he is known by it, then it is permissible. That is the correct opinion, insha'Allah.

Shiekh Mustafa al-Adawi said similar to that of Ibn Uthaymeen.

Some of the biggest Imams of all times had epithet that are genitive to ad-Deen:

But that was done because no true scholar would like purity and praise ascribed to them while they know of it. Same with those who called Ibn Taymiyyah ‘Taqy ad-Deen’. In fact, he said he disliked it but his family called him that so he kept it. Had he thought it was prohibited he would have deterred from it. He was just humble!

Deterring from naming our children those names because they may end up growing up not to being worthy of having such names or fear of ascribing purity implies that we should not as well name them Muhammad and Ahmad, let alone some of the other most popular names of Islam because the same applies to that and even more.

Likewise, Salih (righteous/good), Falih (one who succeeds), or Khalid (immortal).

If the purpose is to identify a particular individual, then it is permissible.

Al-Bukhari narrated by Anas that the Prophet (صلى الله عليه وسلم) in the battle of Mu’tah called Khalid Ibn al-Waeed ‘Saif Allah’ meaning ‘the sword of Allah’. Ibn Hajar narrated by Abu Qutadah that from then on, that was his name.

In Musnad Ahmad, it is narrated by Abu Ubaidah that the Prophet (صلى الله عليه وسلم) said glory be to Abdallah Khalid, a sword of Allah.

Naming Khalid as Saif Allah is not a specialty only to Khalid.

Epithets that mean good are among that which are without a dispute permissible.

Abu Bakr was called al-Ateeq (free from hell) Umar called al-Farooq (because he made Islam public). Hamza ’the lion of Allah’ because he guarded Islam and honored it. Khalid was called the Sword of Allah.
If you choose to name your son Salah ad-Deen or Nour ad-Deen or any of those epithet, do so without hesitation making dua' that they grow up to be men to revive the ummah as those legends did.