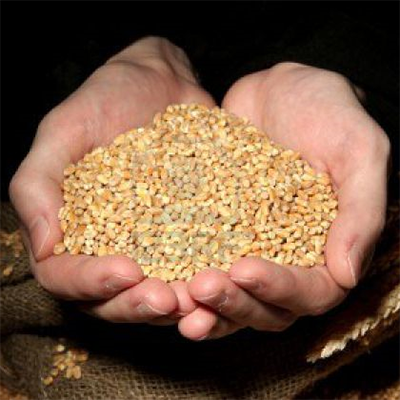 May Allah (سبحانه وتعالى) allow this to be for his and his sake only and may Muslims benefit from it.

Zakat al-Fitr is a charity given at the end of Ramadan or the morning of the Eid al-Fitr.

It was named Zakat al-Fitr because it's given when Muslims break their fast at the end of Ramadan.

2. When was Zakat al-Fitr ordained?

It seems that it was ordained the same time Ramadan was ordained in the 2nd year of the Hijrah, because it's part of Ramadan, and we know not of any Ramadan the Sahabah ‎(رضي الله عنهم) fasted in which they did not give Zakat al-Fitr in.

It is an "ordain" and a "must" without any doubt.

The Prophet (ﷺ) said in a hadith under the chain of Ibn Umar (رضي الله عنه) in both Bukhari and Muslim,

The Prophet ordained Zakat al-Fitr saa' of dates or saa' of wheat.

The hadith is clear in stating that the Prophet (ﷺ) "ordained".

Imam Ibn al-Mundhir and others reported ijmaa' (meaning consensus) and no dispute among scholars on this matter except by the hanafi madhab which believe its a wajib and not fard, just a dispute in terms used but the end result is that all scholars believe its an ordain.

It’s also said that the verse, "He has certainly succeeded who purifies himself" [al-A'la 87:14] means Zakat al-Fitr.

4. What’s the wisdom behind ordaining such a charity?

A) Purification of those who fasted from excessive gossip, evil talk, and backbiting which people constantly fall into. So the charity is a purification and forgiveness for that.

Ibn Abbas (رضي الله عنهما) clearly informed us the purpose behind ordaining this charity when he said :

The Prophet (ﷺ) ordered Zakat al-Fitr purification for one who fasts from gossip and excessive talk during fasting as well as a charity for the poor.

The hadith is narrated by Abu Dawud, Ibn Majah, ad-Daraqutni, and al-Haakim who said its authentic.

B) To help the poor so that eid will not come upon anyone needy or begging, and so they may enjoin the Muslims in their happiness and celebrations.

The Prophet (ﷺ) said: "Keep them from going around begging on this day", meaning give that charity so they will not go beg but rather enjoy this eid, be happy in it and place a smile on their faces.

5. What types of food do we give in charity for Zakat al-Fitr?

You may give saa' of dates, wheat, raisins, which are mentioned in the hadith of Abu Saeed al-Khudri in both Bukhari and Muslim.

Scholars such as Ibn Taymiyyah said you can give that which is of the common food of the people of that time like some of the sahabah did.

6. I would like to give chocolate or coffee instead of wheat or rice?

What you give must be something one can survive from.

Equivalent to wheat for example would be rice, biryani or anything of its likes.

7. How much food in charity do I give?

We mentioned the term saa' many times. That is one of the means they used to weigh food during the Prophets time (ﷺ).

Saa' would be to fill average hands combined together 4 times.

8. I do not want to give food as charity but rather give money equivalent to that amount of food, can I do that?

Note: To give to a masjid, charity organization, a relative or someone you trust cash and currency to buy the food and give it for you is permissible because that is tawkeel.

Giving to a charity, masjid, relative, or a poor cash currency instead of the categories of foods we mentioned is disputed and here is the breakdown:

1. The GREAT VAST majority of the Ulama' and imams said that it is NOT permitted for you to give Zakat al-Fitr in currency but rather it MUST be given as food.

I'm afraid it will not be accepted as Zakat al-Fitr.

This is also the madhab of the great two Imams, Malik and Shafi'i (رحمهم الله‎).

It will not be accepted because that is what the Prophet (ﷺ) ordained.

Basically the proof is that the Prophet (ﷺ) ordered in all the hadith that food be given. And we all know that the Prophet (ﷺ) was given Jawami' al-Kalim which means eloquent and precise wording and phrasing; meaning he could have said give saa' of food or something equivalent to that of gold and silver (dinar and dirham) which was known at that time yet he did not say that so we should stick to what he said.

2. Imam Abu Hanifah and Ata' (رحمهم الله‎) said it is accepted to give Zakat al-Fitr in cash rather than food.

The proof for the second camp is that they resorted to the purpose of Zakat al-Fitr which is to keep the poor from asking, and whatever keeps them from asking whether it may be food or currency is accepted.

Also, they said poor people may take the food and re-sell it for cheaper than it’s worth to get the currency so they end up not benefiting from the entire saa' of food nor do they get it's equivalent in currency.

I do find it important to stress how strong the first opinion is because their basis is strong in stating that the Prophet (ﷺ) mentioned categories of food and not currency which they had, and which other charities like Zakat al-Maal must be given in.

This is a special zakat that should be given in the special way we were told to give it, namely food like the Prophet (ﷺ) did, and more so all generations of the sahabah gave in food, not a single sahabah was known to have given currency instead of food.

I presented both scholarly opinions and alhamdulillah this is a fiqh issue of Islam which we can all get along with each other even if we disagree and it should not cause ill and hard feelings in our communities and masjids, especially in times like eid. We say like the pious previous imams mentioned in matters of dispute similar to this,

9. Who must give Zakat al-Fitr?

Every single Muslim male and female, child or elder, poor or rich.

The poor who must give are those who can spare a saa' on themselves and those they are entrusted to support unless they will sleep hungry the night of eid if Zakat al-Fitr is given.

The man of the household is in charge of giving Zakat al-Fitr on himself and those he is required to financially support starting with himself, his wife, his children, his mother then his father and the rest of those he spends and cares for.

In the Hadith of Ibn Umar in both Bukhari and Muslim it's said,

The Prophet (ﷺ) ordered Zakat al-Fitr in Ramadan on the free and on the slave, on the male and the female, on the young and the elder of the Muslims.

In Hadith of Tha'labah Ibn Abi Suer it’s similar to the previous hadith with the addition of,

...as well as every rich or poor Muslim, the rich Allah will purify them, and the poor Allah will return upon them more than that which they give.

This hadith is narrated by ad-Daraqutni.

Some sahabah even said the parents should give for the infant in his mothers womb but did not say it was ordained to do so.

The people you give this kind of zakah are categorized in a verse in the Qur'an:

As-Sadaqat (here it means Zakat) are only for the Fuqara' (poor), and Al-Masakin (the poor) and those employed to collect (the funds); and for to attract the hearts of those who have been inclined (towards Islam); and to free the captives; and for those in debt; and for Allah's Cause (i.e. for Mujahidun - those fighting in the holy wars), and for the wayfarer (a traveller who is cut off from everything); a duty imposed by Allah. And Allah is All-Knower, All-Wise. [at-Tawbah 9:60]

The most category that should be given priority out of all those categories for Zakat al-Fitr in particular are the (poor and needy) because the Prophet (ﷺ) told us the purpose was to fulfill their needs from asking that day.

11. I have relatives who are poor can I give them my zakat?

Yes, relatives who you are not REQUIRED to financially support and are poor deserve your zakah...

Those you are required to support are like the wife, and children.

A daughter who is married is not of the category that your required to support, therefore you may give the zakat to her if she is in need.

It becomes an ordain upon you the night before the eid.

It can be given the night before the eid or two nights before that.

The BEST time to give it however, is just before the prayer of the eid.

In the Hadith of Ibn Umar in Bukhari and one similar in Saheeh Muslim he said,

...and for it to be given before people begin heading for the prayer of the eid.

From the sunnah is that Zakat al-Fitr is to be given before the prayer.

If it is given a day or two or even three before the eid it is permissible insha'Allah as Imam al-Kharki said. Anything over that is not proper nor acceptable (as Zakat al-Fitr) but will be considered a regular charity because it is so far from eid it no longer is attributed to Eid (al-Fitr).

You may give the zakah in currency to someone early in Ramadan or anytime before that on the condition that they carry the task of physically purchasing the food and giving the zakah to the poor a few days before eid.

You may also give the food to someone you trust days or weeks before the eid on the condition that it be given to the poor a few nights before the eid.

13. I live in the USA can I give my zakat in Palestine, Pakistan or India?

Zakat al-Fitr and Zakat al-Maal, should be given in the area you are a residing in the time eid occurs, unless there is an extreme circumstance that deprives you from that or there is no poor people in your area.

May Allah (سبحانه وتعالى) accept our praying and fasting and allow us to be among those freed from hellfire.