﻿
Ruling on Taking Citizenship from a Kafir State Due to Compulsion 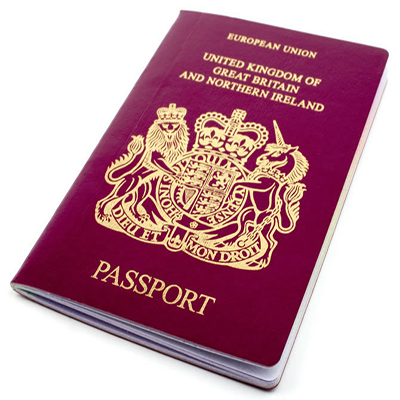 The brothers from Libya…. May Allah Ta'ala protect them.

I have seen your long letter which you addressed to us, in which you tell us about your case, and how you suffer of the prosecution, haunting, and the lack of safety in your country and in other countries. And you are forced because of that to take a British citizenship so that you can be safe in that country and other countries due to travelling with a British citizenship and that you won't be exposed to any harm. And you ask about the ruling on this? Then you added to your letter several questions, and you want an answer to them?

So we say and with Allah is Success, by looking at your situations that you mentioned in you letter, it is allowed in a situation like yours to take a British citizenship.

And the evidences for that is the following:

1. The Saying of Allah Ta'ala:

Whoever disbelieved in Allah after his belief, except him who is forced thereto and whose heart is at rest with Faith but such as open their breasts to disbelief... [an-Nahl 16:106]

So Allah has allowed [a man to] disbelief in when forced thereto if his heart is content with Iman, and asking for a British citizenship is can be seen as this. So He allowed it for you because you were forced by the need of coercion to that. But there is one condition, the taker of the nationality has to show enmity to the Kufr and showing enmity towards them, and disavowal from them. And practicing his religion the best way he can.

2. The story when the Prophet (ﷺ) seeking protection and security from Mut'im ibn 'Adiy, when he returned from Ta'if and he was not allowed to enter Mecca only by asking protection from this Kafir, and with this protection he was able to enter Mecca and be safe in it. And this is narrated in As-Siyyar, Ibn Ishaq narrated this in his Seerah, Ibn Hisham in his Talkhees and Ibn Katheer in Al-Fusul and Al-Bidayah Wan-Nihayah.

3. The Prophet (ﷺ) used the protection of Abi Talib and Bani Hashim and Bani al-Muttalib when they were protecting and taking care of him despite them being Kuffar.

4. The story of Ibn ad-Daghna - the chief to Qara tribe - when he protected Abu Bakr as-Siddiq (رضي الله عنه‎) when he went out from Makkah, so this Kafir secured him and took him back to Mecca for his safety.

5. The story of the migration to the land of Habashah [Abyssinia], because the Prophet, (ﷺ) said to the vulnerable ones in Makkah:

Go to the land of Habashah, because it has a king who oppresses nobody, so seek refuge in his country, until Allah creates for you a way out of what you are in.

6. And the saying of ibn al-Qayyim (رحمه الله) when he spoke about the prohibition of deception:

There is no disagreement among the Ummah that it is not allowed to seek permission to speak a word of disbelief for any purpose, only he who is forced while his heart is still content with Iman. I'lam al-Muwaqi'een 3/191

And from the sayings of the people of knowledge in this matter what was narrated from az-Zuhri (رحمه الله) as narrated by al-Imam ibn Hazm (رحمه الله) in Al-Muhalla and the text of the words of ibn Hazm will come insha'Allah.

And from the sayings of the people of knowledge in this matter what is said by Imam ibn Hazm (رحمه الله) in Al-Muhalla [in the chapter of apostates, issue 2198], when he spoke about those who go to the land of disbelief and war, he said:

As for the one who seeks refuge in the lands of war because he fears oppression, and he doesn't oppose the Muslims, and he doesn't offer aid against them, and he doesn't fight a Muslims who can protect him [i.e. from the oppression he fears], then there is no punishment on him, since he is compelled out out of necessity. And we have mentioned that az-Zuhri Muhammad ibn Muslim ibn Shihab was determined that if Hisham ibn Abdul-Malik would die he would go to the land of the Romans. This because al-Waleed ibn Yazeed made an oath to kill him if he was able, and he [al-Waleed] was going to be appointed after Hisham. Whoever is in this situation he's excused. Likewise, any Muslim who lives in the land of Sindh, India, China, the Turks, Sudan, or the Romans, and he was not able to leave [those countries] due to some hardships, the absence of wealth, weakness of the body, or a blockaded path, then he is excused.

It is evident from the evidences we mentioned that it is allowed for the likes of you to carry a British citizenship, on one condition that you hate them and their beliefs, and not allying them and practicing your religion in the best way possible.

As for what you mentioned about an oath or pledge when you take the citizenship, as long as they give you the choice between the oath and the pledge, you should prefer the pledge, so take the pledge while you harbor Iman [faith, belief] in Allah in your hearts with hatred for them.

As for what you mentioned in regard of signing or taking an oath before a lawyer there is no need for that, and what we mentioned for you will be sufficient Allah's Willing.

As for what you mentioned in your last question about differentiating then there is no difference in that.

This is what we found for you and Allah knows best.

And we ask Allah for us and for you success and easiness and may Allah protect you.