﻿
The Importance of Brotherhood in Islam 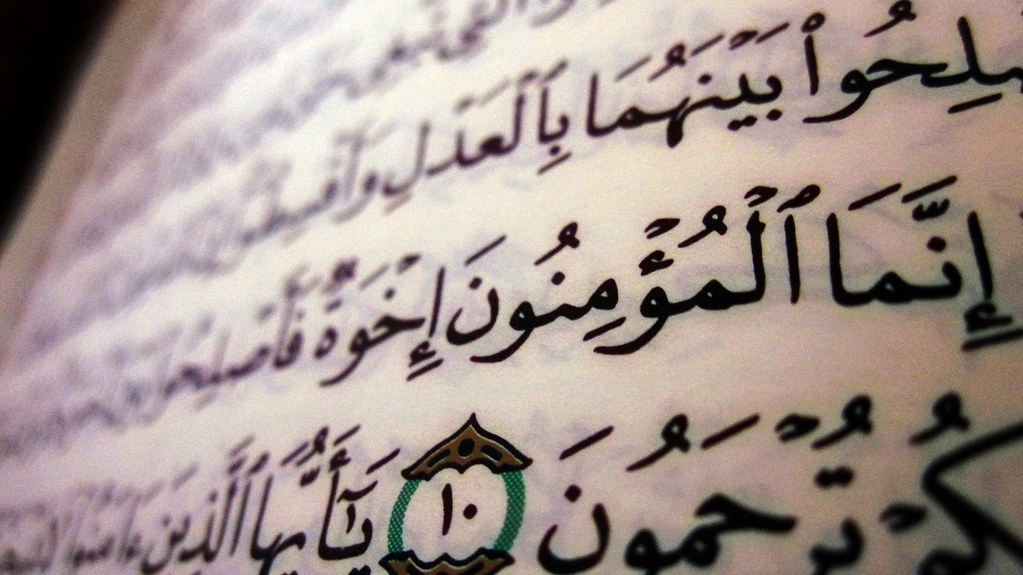 The Islamic Sharee'ah has been filled with clear-cut texts that obligate giving victory to the oppressed Muslims [as well as obligating] the safeguard of their honour and wealth and this has come in the framework of the five necessities that all of the legislations have agreed upon, and they are the Deen [religion], the life, the intellect, the wealth and the honour.

The Most High said:

The believers, men and women, are Awliya' (helpers, supporters, friends, protectors) of one another... [at-Tawbah 9:71]

Al-Bukhari, Muslim, and others reported from the route of az-Zuhri, from Salim ibn ‘Abdillah, from his father who reported that the (ﷺ) said:

The Muslims is the brother of [his] fellow Muslim. He does not oppress him, nor does he hand him over.

Help your brother, whether he is an oppressor or is oppressed.

You can keep him from committing oppression. That will be your help to him. [Narrated by al-Bukhari]

This aid and help is from the beautiful things of Islam and is a door from the doors of Jihad. The Most High said:

In that there is a strengthening of the bonds of love and firmness for those that believe. Therefore, there is no room for abandonment, idleness and sitting with those that lag behind.

Certainly, when the bonds of love between them were strengthened and they assisted each other, Islam and its people were honoured, and its nation established, its affair made mighty and their enemies feared them.

The Prophet (ﷺ) likened the believers, in their mutual love, concern and mercy to that body where if one part of it suffers the whole body suffers with sleeplessness and fever. This has been recorded from him in the Sahihayn[1] from the hadith of Nu’man ibn Bashir may Allah be pleased with him.

And in Sahih Muslim there appears [the hadith]:

Islam calls for the unification of this brotherhood that is established upon the purity of ‘Aqeedah [Islamic Creed] and love, and it wages war against abandonment and disputations that tear apart the Ummah and drag it into humiliation and shame. In our current times, the legions of Kufr [disbelief] and the heads of the Devils [America, Britain and their allies] have struck an alliance to wage war against Islam and its people among the Taliban and the other Islamic lands, all under the guise or name: “The War on Terrorism.”

It is obligatory upon all of the Muslims, everyone according to his capacity, to assist our brothers, the Mujahideen in the Path of Allah with wealth, life and tongue. The Most High said:

March forth, whether you are light (being healthy, young and wealthy) or heavy (being ill, old and poor), strive hard with your wealth and your lives in the Cause of Allah. This is better for you, if you but knew. [at-Tawbah 9:41]

Abandonment of assistance to the weak Muslims is not permissible for that is humiliation, shame and oppression. As for aiding the Kuffar against the Muslim with any type of assistance is Nifaq [hypocrisy] and apostasy from the Deen. The Most High said:

And the Most High said:

Meaning: A Kafir like them and the people of Knowledge do not differ concerning that.

So beware! Beware of giving victory to the Kuffar against the Muslims with any type of victory for this is Kufr, Nifaq, sickness in the hearts, and corruption. It is not from the conditions of Kufr that his Mudhaharah[2] of the Kuffar be out of love for their Deen or pleasure with it. This condition is nothing. That is because loving the Deen of the Kuffar and pleasure with it is major Kufr by the consensus of the people with out Mudhaharah of them against the Muslims for this is another case of Kufr. If the one performing Mudhaharah claimed to love the Deen and hate the Kuffar and Mushrikun [we say]: Many of the Kuffar and apostates did not abandon the truth out of hatred for it nor out of displeasure with their Deen. It is only that they have a wordly interest so they preferred it to the Deen. The Most High said:

That is because they loved and preferred the life of this world over that of the Hereafter. And Allah guides not the people who disbelieve. [an-Nahl 16:107]

In Sahih Muslim from the route of Tariq ibn al-’Ala ibn ‘Abdir-Rahman from his father from Abu Hurayrah who narrated that the messenger of Allah (ﷺ) said:

And the criminal legal verdict that was issued by some of the defeated ones that allow those that are counted among the Muslims working in the American government to participate in fighting the Afghan Mujahideen. [This legal ruling] is as far removed from the Fiqh of Islam and spirit of Iman as can be. It was not connected to the truth in any shape or form nor was it built upon principles of Fiqh and Usul. It is in opposition to the path of the believers, for the believers are in unanimous agreement that whoever assists a Kafir against a Muslim then he has commited a nullifiers from the nullifiers of Islam.

The jurists are in agreement that if a man compelled another man to kill a Muslim whose blood is sacred then it is forbidden for him to kill him. Hence, it is not allowed for the Muslim to safeguard himself from being killed by means of shedding the blood of others. The Most High said:

And the Most High said:

And whoever kills a believer intentionally, his recompense is Hell to abide therein, and the Wrath and the Curse of Allah are upon him, and a great punishment is prepared for him. [an-Nisa 4:93]

I have established this issue in another place and I have pointed out the important issues in this area.

Now, in your hands is a precious book entitled: [At-Tibyan fi Kufr man a’an al-Amrikan التبيان في كفر من أعان الأمريكان ] by the Shaykh, Nasir Ibn Hamad al-Fahd may Allah grant him success and increase him in knowledge and action. In it, he warned the Muslims from being in assistance to the Jews and Christians against their Muslim brothers. Certainly, he has gathered himself and expended his strong effort in clarifying the ruling in this issue. He placed eager focus in gathering the words of the Imams, both the earlier and later ones, from them in order for the Muslim to be upon clarity in his Deen and [so that] there is no dispute regarding the apostasy of those that perform Mudhaharah of the Kuffar against the Muslims.

In this valuable piece there are beneficial researches, rare points of benefit, and large meanings, not to mention its aid to the people of Tawheed and its justice to them as opposed to the people of dissension and Nifaq. Verily, this aid is a door from the doors of Jihad and a sign from the signs of Iman, so may Allah strengthen this Shaykh. How good it is that which his hands have written! It is worthy of a good reception from the People of Knowledge and seekers of the truth. So without further due, this is the book that has actualized ‘Aqeedah and Fiqh upon the path of those that have passed from the Imams of guidance and the People of Knowledge and Taqwah, and all praise is for Allah the Lord of the worlds.

[2] Mudharah [مظاهرة] - Giving aid, assistance, succour, victory, and relief to a person or a group of people. This is the maid word used by the author through out this book. For that reason, we have chose to leave it untranslated.

Taken from the Shaykh's introduction to The Exposition Regarding the Disbelief of the one that Assists the Americans.