﻿
Raising the Hands During Jumu'ah Khutbah for Dua' 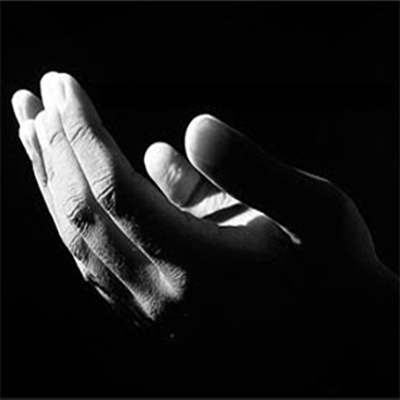 Raising hands in general dua' is sunnah with many hadith to support that and it is among the etiquette of dua' in showing humility to Allah (سبحانه وتعالى‎). An-Nawawi said,

The ahadeeth on the Prophet (ﷺ) raising his hands in dua’ is more than what can be counted and I have compiled thirty hadith on that from Bukhari and Muslim alone.

There is an exception in raising hands in dua’ and that is where there is proof from the action of the Prophet (ﷺ) that he did not do it in particular matters of worship such as during Jumu'ah Khutbah.

The correct opinion is that neither the imam nor the followers raise their hands in dua’.

Muslim narrated that Umarah bin Ruai’bah seen one of the leaders of bani umayyah raising his hands on the pulpit and he said,

May Allah disgrace those two hands. I seen the Prophet (ﷺ) on the pulpit and he never did more than this (meaning he raised his index finger).

An-Nawawi commenting on this hadith said,

The sunnah is not to raise the hands during the khutbah.

Anas (رضي الله عنه‎) narrated in Bukhari and Muslim that the Prophet (ﷺ) never raised his hands in any dua' other than istisqaa (Dua' for rain).

Ibn Hajr and others mentioned that Anas (رضي الله عنه‎) did not mean in (all of dua’) as his statement may appear, but rather only in specific situations. In clearer terms, Anas (رضي الله عنه‎) meant that he, (ﷺ), did not raise his hands on the pulpit except in istisqaa (rain-seeking) prayers. Even though he did not mention on the pulpit, that’s definitely what he meant because there are so many hadith on raising ones hands in general dua’. There is no way that could have went unnoticed by a companion who so long served and followed the Prophet Muhammad (ﷺ).

Therefore, it is not in compliance with sunnah to raise the hands in supplication during jumu'ah for the imam or for the followers.

Jumu'ah is ibaadah, just like dua' is ibaadah. It’s a ibaadah within a ibaadah...

We don’t raise our hands in salah, in circumbulating the ka’bah, or running in safah and marwah, even though we make dua’ in those ibaadah. Likewise, due to the fact that the Prophet (ﷺ) did not raise his hands during jumu'ah, we follow in his footsteps and also not raise our hands.

Rasing the hands within a ibaadah (circumumbulating the ka’bah, during jumu'ah, or during salah) is an additional move within a worship that needs proof. That’s why the scholars said it was wrong to raise the hands during jumu'ah.

The Prophet (ﷺ) remained preaching on the pulpit for ten years and we don’t have a single authentic narration that he raised his hand in a single jumu'ah. The sahabah were specific in narrating to us his moves. He (ﷺ) did istisqaa (rain-seeking) prayers a few times during his life yet prayed nearly every jumu'ah for ten years. For istisqaa, they narrated to us that he raised his hands to the point the whiteness under his armpits show, yet did not narrate the same about jumu'ah.

In fact, they were so specific in narrating his moves during jumu'ah that they narrated he never raised but his index finger while on the pulpit and nothing else.

As to those who make a distinction between the imam and followers that say the imam does not raise his hands but the followers do.

Ibn Taymiyyah said in the Fatawa,

It is disliked for an imam to raise his hands in khutbah; and it is the correct of two opinions of the Hanbali madhab because the Prophet (ﷺ) used to point with his finger when he makes dua' (istisqaa being the exception to the raising of ones hands on the pulpit).