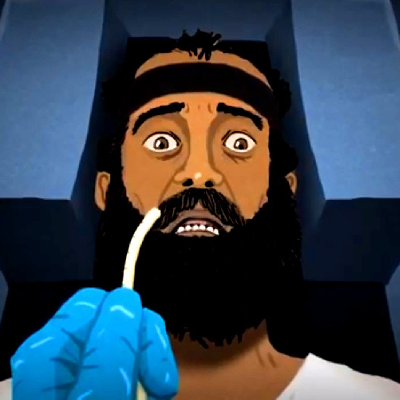 Many of our oppressed imprisoned brothers resort to hunger strikes when the world, including their Muslim brothers, turn their backs on them. The question becomes whether or not this is allowed Islamically. The simple answer to this matter is that refusing to eat and/or drink until one dies or severely harms himself is not permissible and if he dies, then he falls under the same ruling as one who kills himself by jumping from a high rise or slicing his wrists…etc.

Islam came to honor and protect life as Allah (سبحانه وتعالى) warned about this in the Qur'an:

...And do not kill yourselves (nor kill one another). Surely, Allah is Most Merciful to you. And whoever commits that through aggression and injustice, We shall cast him into the Fire... [an-Nisa 4:29-30]

Al-Qurtubi said that there is consensus among scholars that this verse applies to not killing each other and its meaning applies to one who kills himself.

In both Bukhari and Muslim, Abu Hurayrah (رضي الله عنه) narrated that the Prophet (ﷺ) said:

There are numerous verses, ahadith and sayings of scholars to leave no doubt that committing suicide is prohibited. However, sometimes the hunger strikes taken by our brothers are not meant by the person to reach the point of death but rather to raise awakening and awareness to one’s cause or remove hardships one faces or retrieve rights taken away. That person does not mean to reach to the point of harming himself, let alone death. That matter returns upon oneself if he so thinks it will benefit his situation. If the hunger strike falls short of harming oneself then it falls under the mubah/permissible in Islam.

In Siyar A'lam an-Nubala, (adh-Dhahabi) narrated that Imam Ahmad (رحمه الله) remained eight days and nights not eating when he was imprisoned. We do not know why he did that but he did not, however, let it last long enough for serious injury or death to happen. It could have been to better his prison condition.

I know of brothers who went on hunger strikes in prisons and they were hiding food but letting the staff think they were not eating to remove torturous conditions we endured at the hands of the Americans.

To be practical, hunger strikes in US prisons rarely work because Americans have mastered the art of torture for decades or rather centuries. They know from their experience in torture how to react in such conditions by letting a person remain in his status until he gets near death. Then they restrain him with belts and force feed him by nasal gastric feeding tubes, mostly done by correctional officers or non medical staff which at times causes death. Muslims in the US, along with their leaders overall — with some rare exceptions, are cowards who do not stand up for their brothers’ conditions, let alone their causes in US prisons — contrary to many Muslims in other parts of the world — which only makes the matter worse.

The matter is slightly different in Palestine and other parts of the world where Muslims react to their brothers’ conditions and it tends to raise awareness and at times, prison staff or authorities tend to reason and compromise with the inmates. Even so, if the hunger strike continues by any Muslim and reaches a point where it harms one severely or causes death, then it is haram, regardless of the benefit.

A Muslim who undergoes a trial by Allah should be patient and accept the destiny Allah chose for him remembering that it is the path of the righteous messengers of Allah and those who follow them.  In those trials, Allah will forgive the sins and raise the ranks insha'Allah and it’s a time for one to reflect and to ask Allah that HE take away his hardship and release him from the hands of the kuffar and oppressors as Allah is the only one who answers the call of the distressed and oppressed.

May Allah (سبحانه وتعالى) hasten the release of the oppressed and destroy and annihilate the oppressors...