﻿
The Dos and Dont's of Eid 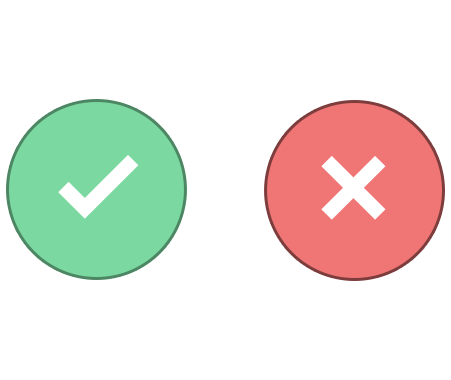 The celebration of Eid al-Adha is symbolic of sacrifice and is a joyous occasion. Salatul Eid is fard upon all Muslims in the tradition of the sunnah. This holiday is of great importance to all adherents of Islam as it is believed to be wajib by many scholars. One receives a sin for not performing this act of worship unless there is a valid reason. This is indicated in the following:

A) The Prophet (ﷺ) ordered everyone to go pray the Eid prayer and he consistently prayed it.

B) The fard of Salatul-Jumu'ah gets dropped to being a Dhuhr if they fall on the same day. Therefore, the scholars say it cannot be a sunnah because a sunnah cannot drop a fard/wajib.

C) He ordered all women, those enslaved and even women on their menstrual cycle, to go to the prayer areas.

On the other hand, other scholars claim it is a sunnah because of the famous hadith where one companion asked the Prophet (ﷺ), “Must I pray anything other than the 5 prayers?” The Prophet (ﷺ) replied,

No, unless you want to perform extra.

The importance of this day and the prayer is apparent, regardless of the opinion you choose to follow.

We do, however, need to make sure we do not fall in innovations, prohibitions, or actions that will take away the reward we gained during the blessed days of Ramadan or Dhul Hijjah. The devil, having been held captive for 29 or 30 days during Ramadan, is released the maghrib before the Eid. It is also during the 9 days of Dhul Hijjah, the devil is eager to distract us from any acts of worship we pursue. Therefore, it is imperative for one to be on guard against the whisperings of the devil. The following is a list of preferred actions as well as actions one should avoid.

Desirable actions to be done on the Day of Eid:

1) Eating dates after Salatul-Fajr and before the Eid prayer, as the Prophet (ﷺ) did, symbolizing the breaking of his fast.

In Eid al-Adha (Eid of the Hajj), based on the sunnah, one does not eat until they sacrifice, unlike Eid al-Fitr (Eid of Ramadan).

2) Bathing and wearing one’s best attire before going to the Eid prayer.

The Prophet (ﷺ) had a special garment that he wore for the performance of the Jumu'ah and Eid prayers.

3) Walking to the masjid rather than riding (if the masjid is of walking distance and does not burden or create a hardship).

It is from the sunnah to go to the masjid on the Eid walking, and to eat before you leave.

4) It is from the sunnah to go back to one’s house walking from a different route than that which was taken to get there.

Some scholars explain this as a way to meet and greet more people.

5) To say takbeer out loud because it is one of the symbols of that day.

The takbeer is said on the morning of Eid and continues on throughout until the Adhan is called. Worshippers join in on the takbeer uttered by the imam during the khutbah.

6) One of the most common forms of takbeer used by the Prophet (ﷺ) and sahabah was:

7) Performing the Eid prayer before the khutbah is from the sunnah.

Unlike Jumu'ah, sitting and listening to the Eid khutbah is sunnah, meaning you can leave if you desire to after the prayer.

8) Eid is a joyous occasion for the Muslims and should be celebrated with family, friends, and the community. One of the ways this was expressed during the time of Prophet (ﷺ), was through chants and inspirational lyrics. It was recorded that a few young girls took part in celebrating by chanting in the Prophet (ﷺ)’s house on this day. Abu Bakr (رضي الله عنه) walked in and scolded them for chanting in the manner they did. The Prophet (ﷺ) said,

Leave them Abu Bakr, for every faith has a celebration and this is our celebration.

Another incident that illustrates the joy of Eid, was when the young black boys played with their spears expressing their happiness of the upcoming Eid. The Prophet, (ﷺ) upon seeing Aisha (رضي الله عنها) interest in how they played, stood in a way to let Aisha (رضي الله عنها) rest her head on his shoulder, and his cheek to her cheek, until she became bored.

9) After the completion of the khutbah, Muslims should greet each other.

A common statement of greeting among the sahabah ‎(رضي الله عنهم) was:

May Allah accept it (deeds) from us and from you.

10) Those in charge should try to make the Eid prayer outside in an open area unless there is a reason barring them from this. It was the consistent pattern of the Prophet (ﷺ) to perform all Eid prayers out in the open.

11) Every Muslim should strive to attend the Eid prayer; men, women, and children. Even women who are unable to pray due to their menstrual cycle, are still encouraged to attend the celebration of the Muslims. However, she is not to join in the prayer as was stated by the Prophet (ﷺ).

12) It is from the sunnah to make tasbeeh during Eid prayer. At the beginning of Salatul-Eid, the leader will say Allahu Akbar at the start of each raka'ah several times. It’s disputed among scholars how many times a leader should make takbeer in each raka'ah. The most authentic opinion on this is 7 takbiraat in the first raka'ah and 5 in the second. Since it’s a disputed matter, one should follow the number of takbiraat the Imam says, so as not to cause a conflict on such a special day.

One should continue to recite the following in between the takbiraat:

Undesirable Actions on the Day of Eid:

2) Some people consider it from the sunnah to stay up the night before the Eid worshipping, praying, and reading Qu'ran. This proof is taken from the following hadith:

Whomever livens the night of Eid, will have a live heart when other hearts die — meaning liven it with prayer.

This hadith has two chains to it; one weak and the other extremely weak.

If one is in the habit of staying up and worshipping Allah, as is encouraged in the Qur'an and Sunnah, then it is permissible to do so. It is important, however, not to turn this into a special night of worship. To claim otherwise, would be considered an innovation.

3) One should avoid excessive mixing and mingling with the opposite sex who are not mahram relatives. Naturally, this should be done throughout the year, but even more so during the Eid, given the celebratory nature of this day.

4) Sisters should be cautious of wearing make-up and wearing perfume when leaving their houses and being in public.

6) One should always observe the limits prescribed by Islam. Although it is from the sunnah to enjoy the celebration of Eid, one should avoid parties that contain instruments of the devil, or staying up late to the point of missing Salatul-Fajr.

7) The celebration of Eid is especially joyous not because one is free from the constraints of Ramadan and Dhul Hijjah, but rather one is blessed with the opportunity to worship. Also, we celebrate with the hope that we are from the ones that will be freed from hell fire and rewarded with heaven. Finally, one returns from Salatul-Eid like a baby from its mother’s womb-free of sin in Eid al-Fitr.

8) It is haram to shake hands of the opposite sex who are not mahram.

9) To visit the graves specifically on the day of the Eid is an innovation. If one visits the graves throughout the year, there is no particular harm, and actually will be rewarded since it is from the sunnah. One should not make it a point to do on this day only.

This is what I was able to gather based on the persistent requests of many brothers and sisters; this Eid night of 1423H.

Remember your brothers and sisters in your dua', because although you may be happy this Eid, there are masses of Muslims who are oppressed, occupied, and suffering throughout the world. May Allah (سبحانه وتعالى) return the Eid upon us in the liberation of the Muslim lands, with the victory of the Muslims and Mujahideen throughout the World.