﻿
A Woman Thinks About Sexual Intercourse and She Is Not Married, What Can She Do to Avoid This? 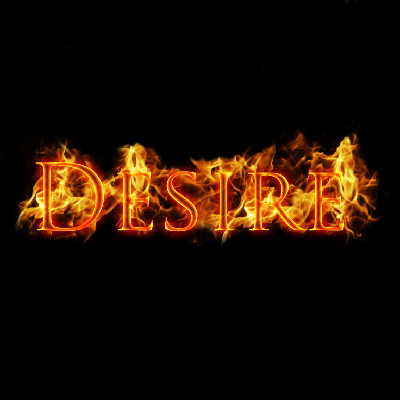 She thinks about sexual intercourse (between a husband and a wife) during night. It is just the thought that comes to her mind: she imagines that intentionally. But she does not see this in her dreams. Yet, she does not look at pornography and does not have immoral friends either, but for some unknown reason she cannot avoid this thought which has become her habit. She wants to guard her mind off from such thoughts. She is unmarried and one of the solutions is to get married, but in her culture she cannot ask openly or propose someone openly to marry her. Another solution is fasting but the problem is she may fast during the day to avoid such thoughts but then what about nights? Such ill thoughts come to her mind especially during nights when she is on her bed. She has even developed a phobia and thinks that there is a Shaytan jinn haunting her bed who instigates such thoughts in her mind. She even seeks refuge of Allah from such evil thoughts and makes dua's, but things have not been working well. Please inform a way which will make her stop imagining such things. Also, is it haram to think about intercourse even though she has no intention of indulging herself in zina?

This is happening because it stems from a natural desire that human beings have and can best be resolved through marriage. However since you mentioned that the sister is still awaiting marriage then we must now look at what her thoughts can lead up to in the event that marriage is delayed even longer, as well as what she can do to deter these from happening.

1] Understand what this leads to:

These thoughts give birth to endeavors as these thoughts are the starting point of action. Whoever guards or looks over these thoughts he will take the yoke from himself and be freed from his desires. If a person's thoughts overcome him then his desires will be over him. Likewise, whoever is easy going with these thoughts, they will forcibly lead him to his distraction. These thoughts will go back and forth in the heart until it becomes a false desire to do something about it.

2] Understand that it develops into a false desire:

These imaginations will develop into something of a delusion, to the point that the person will believe it to be real. Ibn al-Qayyim said in Jawab al-Kafi that the most despicable people in commitment to desires, and the lowliest of them in spoiling the heart of being subservient to desires is the one who is pleased with the false hopes that these thoughts may bring about over the realities. Taking these false hopes and adorning the self with it is the capital investment of bankrupt people. For those who trade in falsehood, these thoughts are their main investment. These thoughts are likewise the sustenance of the empty soul that is totally content with living in an imaginary world, away from the realities.

3] Indulgence in these thoughts give birth to laziness, shorthandedness in ones affairs, and extreme regret for the things that have passed.

Out of this, he will now choose to live in this fantasy world. This is like a person who is hungry and imagines he is eating food and drinking water while he is not. So the purity, highness and cleanliness of the soul comes by flushing every thought that has no reality to it. and not being pleased with anything that comes to his mind will lead to this.

So the slave of Allah should restrict his thoughts, his ideas and aspirations to these four categories only. If he restricts them to these and does not accept other kinds of thoughts, and if he emphasizes the most important of these thoughts, then he will obtain the reality of the jannah.

5] Understanding the importance of Intellect over Matter:

The slave of Allah should only use his intellect and his ideas over his desires, making certain that these do not leave reality, the legislation of Allah, and obtaining the benefits of this life and next. Thoughts for Allah alone and next life is of different types:

So the time of the person is his life and reality, by how he spends it is how he will leave it. This time passes faster than the clouds so whoever spent the time for Allah, then it will be his life and whatever is besides that is not to be considered from his life even if he lives a long life since he lived the life of animals.

6] Understand that in the end the slave of Allah will only get what you put for Allah, thoughts are either for Allah or not, either truth or falsehood delusions.

If the believer spends his time in heedlessness, desires and in false hopes, and the best thing that he ever did was just sleeping and staying away from haram, he might as well be dead because being alive just decreases the person instead of increases him.

7] Understand that heedless thoughts will harm only if the person indulges in them. Meaning, if these thoughts are invited in the head, and being thought about in length then they become harmful.

So the passing thought is like the one who passes by a road. If you do not invite him in, it will pass by you. And if u were to invite it in, it would spell bind you with its speech and its delusions. This is the lightest thing upon that empty soul that welcome all thoughts enter it, while it is the heaviest upon the noble soul that it enters upon.

8] Understand that these thoughts are enhanced if not originated from unrestrained glances of other people.

Ibn al-Qayyim says that the unrestrained glance is the basis for all the general bad occurrence that affilict human beings because from the glance comes the thought, then from that thought comes the idea, and that idea gives birth to the desire, and from that desire of the heart comes the intention, and that intention will be nourished by these thoughts until it becomes a decision to take action and the person commits a sin.

9] Contemplate about death before going to sleep for the prophet (sallallahu alayhi wa sallam) described death as the destroyer of pleasures.

Hence instead of thinking about two people having intercourse, think she should imagine being buried and her loved ones are leaving her behind under the soil. InshaAllah this brings many benefits one of which is that she reflects upon her last deeds for the day and what she can do the following day to rectify her situation.

10] After gaining these various matters, she should engage in various beneficial activities.

Such as constantly carrying a mushaf with her to read most especially at night, she should make plenty of dhikr and supplications to Allah. Perhaps volunteer to help an elderly woman at home on certain days or other strenuous permissible activities so that by the time it is time to sleep, she will neither have the energy nor the time to engage in these thoughts.

It was narrated from Zaynab the daughter of Umm Salamah that Umm Salamah said: Umm Sulaym came to the Messenger of Allaah (ﷺ) and said,

Is it haram even if she purposely developed the habit?

Bad thoughts are not haram in and of itself as long as one does not act upon them. Allah (azza wajal) revealed:

Allah burdens not a person beyond his scope. He gets reward for that (good) which he has earned, and he is punished for that (evil) which he has earned. "Our Lord! Punish us not if we forget or fall into error, our Lord! Lay not on us a burden like that which You did lay on those before us (Jews and Christians); our Lord! Put not on us a burden greater than we have strength to bear. Pardon us and grant us Forgiveness. Have mercy on us. You are our Maula (Patron, Supporter and Protector, etc.) and give us victory over the disbelieving people. [al-Baqarah 2:286]

Thoughts in Islam are not going to be against you unless you act upon them or intend to act upon them if you had the capacity and means. But for the reasons stated in previously, it is good to keep away from "purposely" having these thoughts for it can lead one to bring them into action especially in times when the Iman is low.