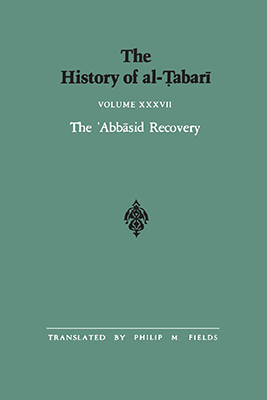 This volume of Tabari's annals deals almost exclusively with the final stages of the Zanj revolt, the most serious external challenge faced by the central authorities in the last half of the third/ninth century. The rebellion, which began as an 'Alid uprising, but soon gave way to Kharijite influences, was a movement that attracted the disenfranchised elements of society in lower Iraq. Their battle against the tested armies of the Caliphate continued over three decades. And while the Zanj were never able to translate their localized successes into any decisive victory, they caused widespread chaos and great concern for those who had a vested interest in political and economic stability.

In many respects, the Zanj resemble modern revolutionary movements that live off the countryside, and harass the authorities. They emerged occasionally for conventional battles, but, more often than not they resorted to unconventional warfare, taking advantage of the extremely difficult terrain in the marshy areas of the region that gave rise to them. To defeat them, the government armies had to improvise new tactics and a strategy based on the lessons of early defeats.