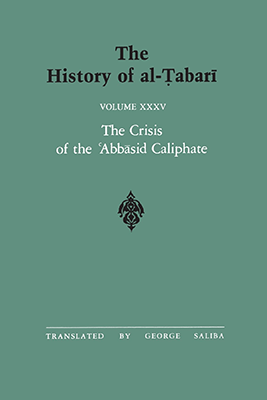 The period covered in this volume is one of the most tumultuous periods of Islamic history. In it, al-Tabari details with great success the intricate events that shaped real political power in Samarra and Baghdad during the middle of the ninth century, laying bare the dynamics through which the army generals--who were mainly of Central Asian Turkish extraction--consolidated their grip on the caliphate. The political maneuvering that enabled them to pass the reins of real power to their descendants, creating a dynasty parallel to the "legitimate" caliphal dynasty, is also clearly revealed.