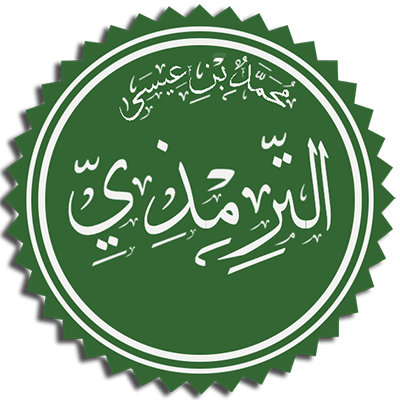 He is Abu Isa bin Sawrah bin Musa bin ad-Dahhak, as-Sulami, ad-Darir, al-Bughi[1], at-Tirmidhi. He is called "As-Sulami" due to his ancestor's allegiance to the tribe of Sulaim, a well-known branch of the families of Qais bin Ghilan.[2]

As for "At-Tirmidhi," it is an ascription to a large city (Tirmidh) on the northern banks of the Amu Darya river in Tajikistan. His grandfather was from Marw (in Turkmenistan) but he emigrated to Tirmidh where Imam at-Tirmidhi was born.[3]

His Birth, Studies and Travels

Scholars differ over which year he was born in. The dates vary between 200 and 209H.[4] While he was young, he began learning in his own city and later traveled to learn from the scholars of various lands. Al-Mizzi said:

He journeyed through the lands and heard from many personalities from Khurasan, Al-'Iraq, Al-Hjiaz and other places.[5]

He authored many books, the most famous of which are the following:

Imam Tirmidhi had lost his sight towards the latter portion of his life. Once whilst on a journey, at a certain point he bowed his head. When asked as to why he did this, he replied: "Is there not a tree here whose branches hang over in such a manner that it harms those who are passing by." They answered in the negative. He was quite shocked when he heard this as he distinctly remembered there being a tree and was worried as to whether his memory was failing him or not. He stopped the caravan immediately and asked his companions to enquire from the locals whether a tree had existed there or not. "If it is established that no tree existed then I will stop narrating the Hadith of the Prophet (ﷺ) due to my weak memory." On inquiry it was shown to them that a tree had previously existed over there but due to it being a hindrance to travelers it was removed.[7]

Imam Tirmidhi had a large number of students from all over the world. The most famous amongst them were Haysam ibn Kulaib, Abul Abbaas and Muhammed ibn Ahmed Shah Abdul `Aziz describes Imam Tirmidhi in the following words:

His memory was unique and his piety and fear of Allah ta'la was of a very high caliber. He would cry so much out of the fear of Allah, that towards the end of his life he lost his sight.

According to Ibn Taymiyyah and Shah Waliullah, Imam Timidhi was an independent Jurist (Mujtahid).

At-Tirmidhi died in Termez - in the village of Bugh according to As-Sam'ani[8] - on the eve of Monday, the thirteenth night of Rajab in the year 279H, may Allah have mercy upon him.[9]

[1] An ascription to Bugh a village outside of Tirmidh, where he was born according to As-Sama'ani.

[3] See the introduction to Tuhfat al-Ahwadhi.

[4] See Ahmad Shakir's Introduction to Jami' at-Tirmidhi, the Introduction to Tuhfat al-Ahwadhi, Al-Hittah by Siddiq Hasan Khan, and the other popular books of biographies of the famous scholars. 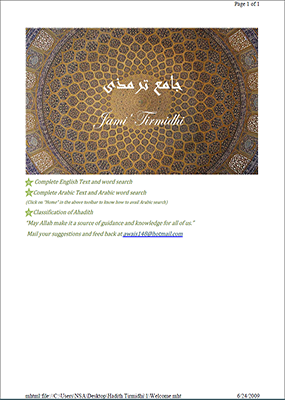 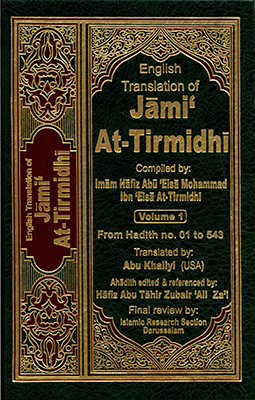 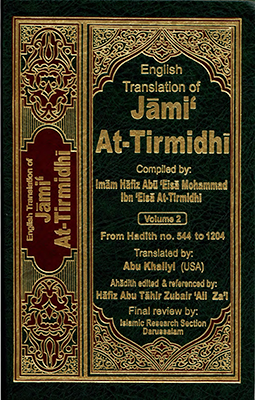 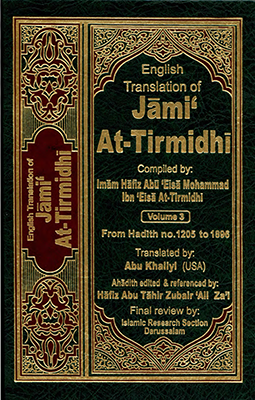 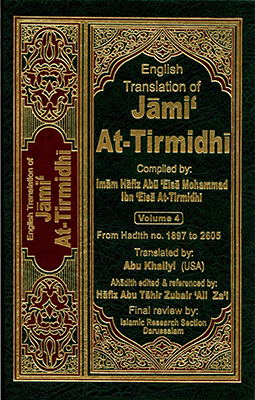 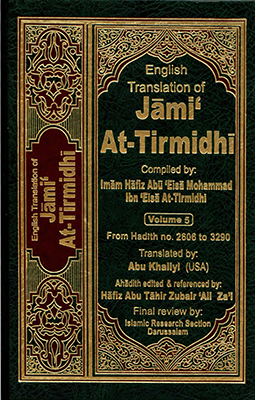 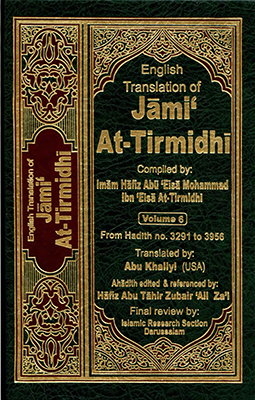 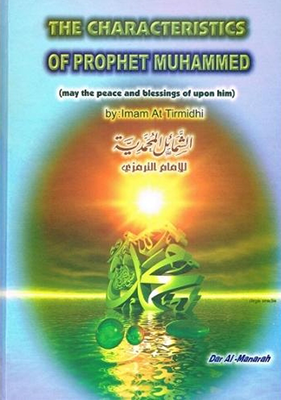 The Characteristics of Prophet Muhammad

The Characteristics of Prophet Muhammad