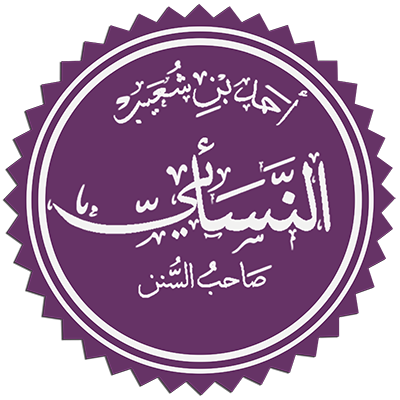 His Birth, Studies and Travels

His Teachers and Students

He learned from many important scholars of his time, including Abu Dawud, al-Bukhari, Ahmad as well as his son Abdullah, al-Bazzar, Ishaq bin Ibrahim ar-Rahuwyah, Ahmad bin Mani, Ishiq bin Shahin, Muhammad bin Nasr al-Marwazi, and many others. He had many students, famous among them being at-Tabarani, Abu 'Awanah, at-Tahawi, Ibn as-Sunni, and many others. As is widely known, some of his teachers also heard narrations from him.

He authored many books, most important of which is Sunan al-Kubra or the Grand Sunan which has been published during our time. Among his works also published are Ad-Du'afa wal-Matrukeen, listing the names of weak and abandoned Hadith narrators; Al-Mujataba (commonly known as Sunan as-Sughra/an-Nasa'i), which is an abridgement of the aforementioned Sunan al-Kubra;Tasmiyut Fuqaha'il-Amsar Min as-Sahabah Fa Man Ba'dahum listing the names of famous scholars of Fiqh among the Companions from different lands, along with their students; Tasmiyat Man Lam Yarwi 'Anhu Ghairu Rajulin Wahid, listing the names of narrators that only one narrator reported from, as well as others. Besides, his Amalul-Yawmi wal-Laylah, Tafsir, and other books have been published separately as well as along with his Sunan aI-Kubra.

I heard from our sheikhs in Egypt their acknowledgement of his (Abu Abdur-Rahman’s) advancement and leadership in knowledge. They stressed his diligence in worship at all times and his persistence in offering Hajj and partaking in Jihad.

He used to fast one day and break the other, a habitual worship of the Prophet Dawud (عليه الصلاة والسلام). He was a courageous fighter. He used to go for Jihad and showed excessive boldness and sacrifice for Muslims. He was good-faced and bright-colored. He had 4 wives and 2 maid slaves. It was narrated that he would share his time between his wives and maid slaves equally. He would prefer to wear the Nubian garments and eat cocks that were bought, fattened and castrated for him.

Scholarly Praise For Him

Imam an-Nasa’i received a great commendation from many of the prominent scholars of Hadith which testifies to his encyclopedic memorization, mastery and awareness of deficiencies and narrators of hadiths.

There was no one on the onset of the 300 AH year more perfect in memorization than an-Nasa’i. He was well-versed in Hadith, its deficiencies and narrators, even more than Muslim, Abu Dawud and Abu `Isa (At-Tirmidhi). He was in the same rank of Al-Bukhari and Abu Zur`ah.

I asked our Shaykh adh-Dhahabi, 'Who was more perfect in memorization Muslim ibn al-Hajjaj or an-Nasa’i?”’ He replied, “An-Nasa’i,” and I mentioned this to my father who agreed to it.

Abu Abdur-Rahman (an-Nasa’i) was placed at the top of all the scholars of this (hadith) knowledge in his era.

The unchallenged leading scholar of Hadith is Abu Abdur-Rahman an-Nasa’i, who narrated hadiths to us.

Those who narrated the authentic hadiths and distinguished the established from the deficient and the truth from the falsehood are only four: Al-Bukhari, Muslim, Abu Dawud and Abu Abdur-Rahman an-Nasa’i.

Abu Bakr al-Haddad ash-Shafi`i narrated lots of hadiths but he did not narrate to others except the hadiths of an-Nasa’i. He said, ‘I accepted him (an-Nasa’i) as an excuse between me and Almighty Allah.'

He (Abu Abdur-Rahman an-Nasa’i) adopted the Shafi`i school of Fiqh, and he had some rituals according to the school of Imam ash-Shafi`i. He was a devout and well-verified scholar.

It is reported that he died in the year 303 after Hijrah at the age of 88. He first settled in Egypt for some time, then he went to Damascus. Scholars differ over place of his death and burial. Some of them say it was in Makkah, and others in Ramallah in Palestine. 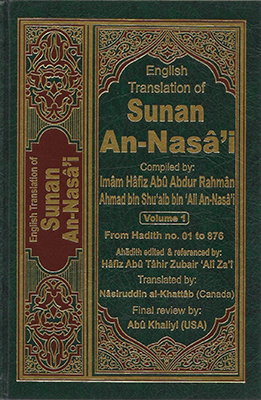 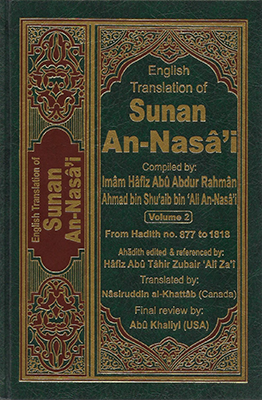 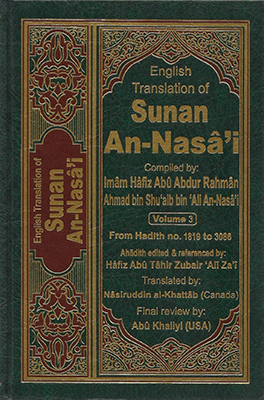 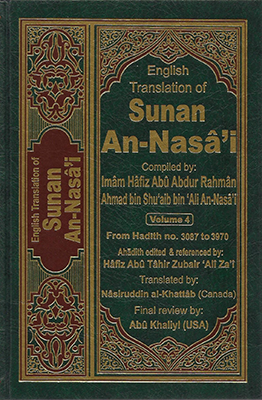 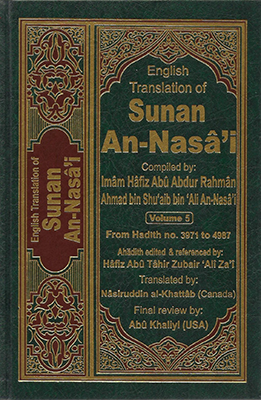 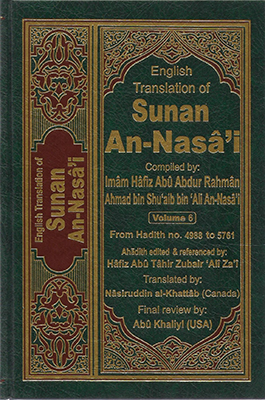