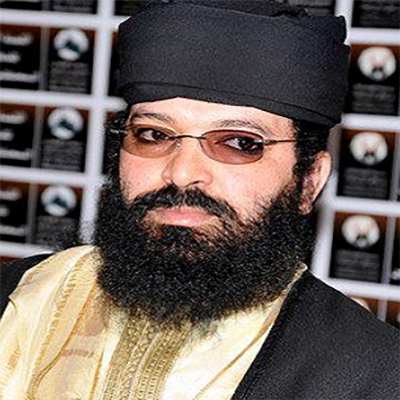 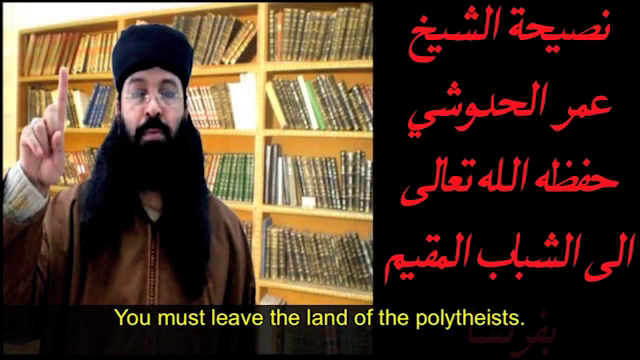 Leave the Lands of the Mushrikeen! 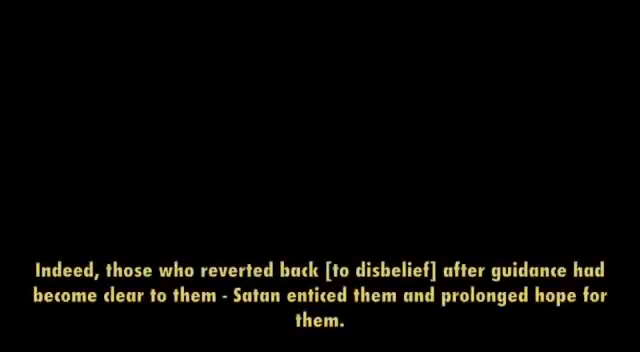 The Murji'ah of Our Time 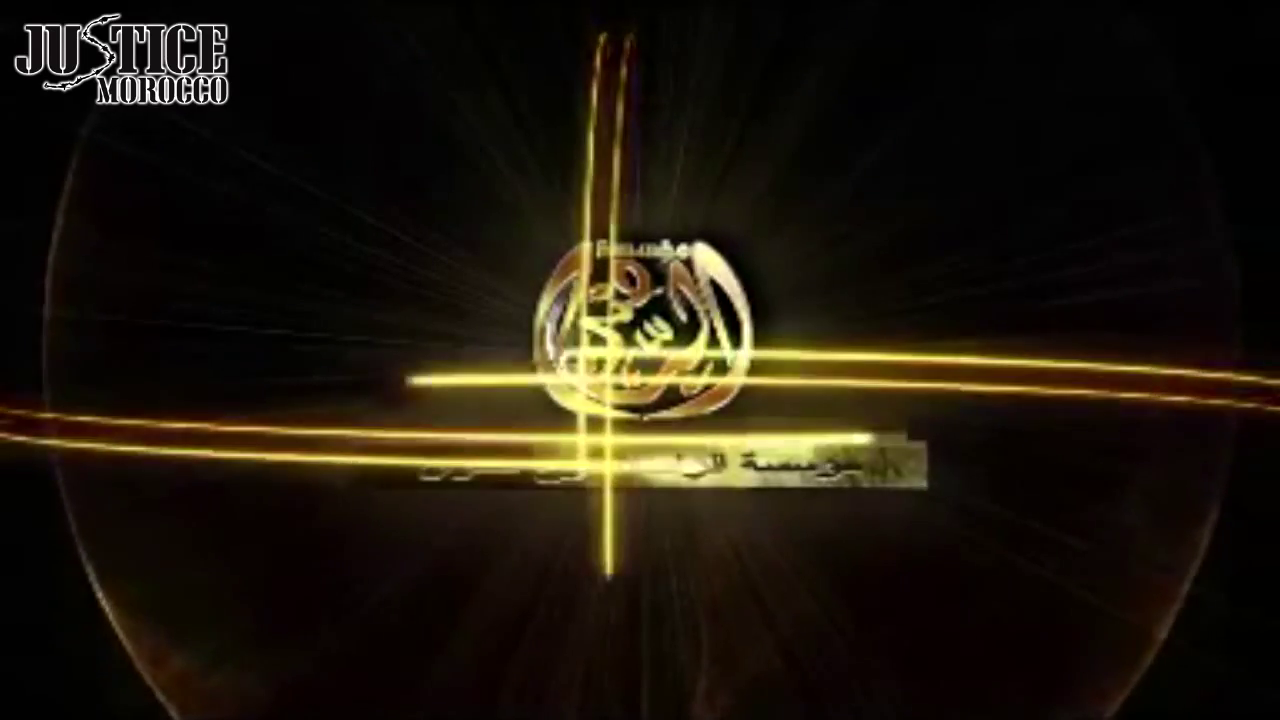 Our Duty Towards the Prisoner

He is Abu al-Fadl, Abu ‘Asim, ‘Umar ibn Mas’ud ibn ash-Shaykh ‘Umar ibn Hadush al-Hadushi. He was born in the year 1970 in the city al-Hoceima in the North of Morocco, in the Ihadushen region. He is married and the father of four children:

He memorized the Qur'an when he was 9 years old with his teacher Shaykh al-Ibraheemi and with others. When he finished memorizing Qur'an, his teachers recommended him to start with memorizing the texts of:

And many more books related to the grammar and rhetoric of the Arabic Language. After he had memorized these books, his Shaykh ‘Abdus-Salam asked him to move with him to the city of Tanger so he can proceed in seeking knowledge with the scholars of Tanger. So he travelled by feet to Tetouan and from Tetouan to Tanger, so he could continue in his seeking of knowledge. In Tanger he memorized several Mutun from several scholars. After he finished the memorization, he started with examining the explanations of these Mutun.

The Shaykh started with studying the following books with the scholar of Nahw Shaykh ‘Iyad Mahraz:

After memorizing these mutun Shaykh ‘Iyad Mahraz gave him an Ijazah in these subjects and also his permission to teach to this to his students. He also studied the sciences of Shari’ah with the Shaykh. Shaykh ‘Iyad asked him to teach the books mentioned before to his students. He continued seeking knowledge by studying the following books at the hand of al-‘Allamah Ahmad al-Hadri:

Shaykh Ahmad al-Hadri gave him an Ijazah in the science of Hadeeth and Tafseer. He also studied with Shaykh Muhammad al-Baqali the following books:

The Shaykh gave him an Ijazah for the 9 books of Hadith. He accompanied the great scholar al-‘Allamah Muhammad Boukhubzah for more than 8 years and benefitted a lot from the knowledge of Shaykh Boukhubzah.

The books and scholars we mentioned is just a brief view of the scholars at the hands of whom the Shaykh took his Islamic Knowledge. It would cost a lot of pages to mention all the scholars that he studied with.

After passing several exams, he began preaching the Friday khutbah, and teaching when he was 14 years old. At this age he had already memorized 7000 Hadith. When he was 15 years old, the Moroccan Intelligence Service DST forbade him to preach, and they interrogated him several times. In one particular case, they subdued him to an interrogation that lasted 3 months.

His Journey to the Arabian Peninsula

After all the calamities in Morocco he travelled to Makkah to perform ‘Umrah and Hajj while also seeking knowledge from the scholars in the Arabian Peninsula. He studied with the following scholars:

He also attended the durus [lectures] given by the following scholars:

The Shaykh has given lectures to students of knowledge in Algeria, Libya, Sudan, Turkey and many other countries. He has also given lectures organized for the sisters in particular.

The Shaykh has written and published many books, including:

The Shaykh has written and revised many other works.

Some lectures and classes of the Shaykh were published, including:

His Support for the Mujahideen

The Shaykh was one of the 16 scholars in Morocco who signed a Fatwa that forbade helping the Americans in its war on Terror (i.e. Islam). In this Fatwa the scholars explained the ruling on those who support the disbelievers over the Muslims. Those who helped the Americans invade Afghanistan and Iraq and supported them in any way, was declared an infidel in this Fatwa.

The Shaykh stood up firmly in defence of the Mujahideen in many of his books, classes and lectures. He wrote a letter to the martyred Shaykh Usamah ibn Ladin, may Allah accept him as Shaheed, wherein he advised the Shaykh and the government of the Taliban.

His Arrest and Imprisonment

The Shaykh was asked in Morocco by the intelligence services to start a foundation with the name Ahlus-Sunnah Wa’l-Jama’ah. They promised him a library, and they guaranteed him to publish his books, and spread them worldwide. The Shaykh asked them:

What kind of profit is there in it for you?

We want you to use your knowledge in refuting the Jama’ah of al-Adl wa’l Ihsan, the jama’ah of Islah wa’t-Tajdeed and the Shi’ah.

This was the start of a boycott of the Shaykh. They forbade him to give classes and lectures. Shortly after this boycott they arrested him and sentenced him to 30 years in prison. The Shaykh left his home to lead the people in Maghrib prayer. On his way, he was brutally arrested. Similiarly to him, the scholars; Abu Hafs al-Maghribi, al-Fizaazi and Shaykh Hassan al-Kettani were also arrested.

The Shaykh faced all kinds of torture for a period of 9 days. They hanged him upside down until he fainted several times. A sergeant of the Moroccan police began to curse and slander Allah and His Messenger. The Shaykh said to him:

You have disbelieved, O' you enemy of Allah.

They responded with beatings and kicking.

When the Sergeant began to slander the Mujahideen and Shaykh Usamah bin Laden, the Shaykh became very angry and said:

They are purer than you and your father.

Despite all the difficulties and hardship the Shaykh stayed firm and patient, and he also encouraged his brothers in prison to be patient and firm too. He started giving lectures and classes inside the prison. He helped his fellow inmates with memorizing Qur'an and Hadith. Every time they transferred him to another prison he began with lectures and classes for the inmates. This all happened while the Shaykh didn’t posess a pen nor paper.

After this the intelligence services took him to one of their offices were they threatened the Shaykh to do so and so with him, if he didn’t stop giving lectures and classes inside the prisons. The Shaykh loudly shouted:

We entered the Prisons as Lions and we will remain Lions.

All Praise due to Allah for the release of the Shaykh and the other scholars that were arrested. After 10 years of prison, torture and a lot of hardship the Shaykh stayed firm on his beliefs and is now united with his family, friends and students. The Shaykh is active on the Da’wah platform and has released a lot of his lectures on his YouTube channel and also on the Official Shaykh Hadushi Facebook and Twitter. We ask Allah, The Most High, to preserve our beloved Shaykh Umar al-Hadushi and to protect against the plots of the Moroccan Taghut and his barking dogs. This was a biography of the Shaykh, we ask Allah to accept it from us, and to benefit the Ummah with the lifetimes of this wonderful personality. And our final words are Alhamdulillahi Rabbil-‘Alameen.