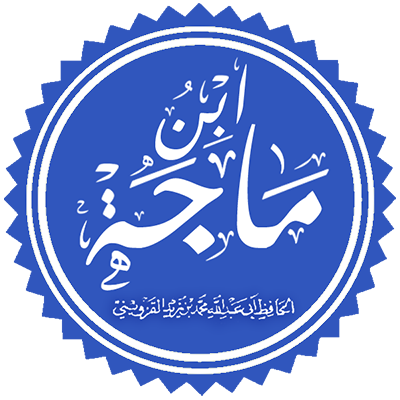 Imam Ibn Majah (رحمه الله) is a bright star that continues to shine to this day on the firmament of Hadith sciences. He is counted among the greatest and most high-ranking Imams of Hadith. He has also the honor of being one of the six Imams whose collections of Hadith are widely popular among the Muslims.

Like other Imams, he earned great fame for serving the Hadith sciences and played an important role in the recording of Ahadith. His whole life he spent watering the garden of this science. To collect and record the sayings of the Prophet (ﷺ), he traveled to several countries, learning from the greatest Hadith scholars of his times and then gathering together those pearls in a single place for the benefit of later generations.

Ibn Majah was a great scholar of Hadith, Qur'anic interpretation and history. Especially in the field Hadith sciences, he was counted as a great memorizer of hadiith and an expert in this field. For this very reason, Hafidh Shamsuddin Muhammad Dhahabi, Hafidh Ibn Hajar and other critics in the field of Hadith sciences have acknowledged his leading position, high station, breadth of vision, and the ability to memorize Hadith, extolling his academic and technical services in this field.

Abu 'Abdullah Muhammad bin Yazid bin 'Abdullah Rab'i Al-Qazvini nicknamed Ibn Majah. He was a non-Arab. He was Rab'i because he belonged to the tribe of Rab'i and was called Al-Qazvini because he belonged to Qazvin (Iran). Various explanations have been given for his nickname. Allamah Zubaidi, writing in Tajul-'Urus, has given several explanations for the nickname, one explanation being that Majah was his mother's name. Imam Nawawi gives weight to this explanation. Shah 'Abdul-'Aziz Dehlavi in Bostanul-Muhadithin says, "The correct opinion is that Majah was his mother". That is why the Arabic word for son (Ibn) is written with the Arabic letter alif to indicate that Ibn Majah qualifies Muhammad, not 'Abdullah. Anyhow, some scholars believe that Majah was his father's name. That is also the opinion of Hafidh Ibn Hajar.

He was born in 209 AH corresponding to 824 CE. Yaqut bin 'Abdullah Al-Hamavi, quoting Ja'far bin Idris' Tirikh Qazvin, wrote: Abu 'Abdullah died in the year 273 AH and I heard him say "I was born in 209 AH." Much of Ibn Mjah's childhood is unknown but it appears that, according to the practice of those days, after receiving his early education, he turned to the Hadith sciences in his own hometown first that had become by then the cradle of Hadith sciences.

Travels in Pursuit of Knowledge

After learning from the teachers in his own home town and the towns nearby, he began his travels in 230 AH, when he was 21 or 22 years old, to other countries to acquire more of Hadith sciences. Ibn Jawzi writes in Al-Muntazim:

He travelled to Khorasan, Iraq, Hijaz, Egypt and Sham and attended the gatherings of Hadith scholars.

Imam Hanbal writes: He journeyed to Kufah and Basrah, Egypt, and Sham. He also learned from the scholars of Makkah and Al-Madinah and, later, traveled to Baghdad that was in those times, according to Imam Dhahabi, the 'home of chains of narration and memorization' (Darul-Isnadul-Ali wal-Hifdh), the seat of the caliphate and knowledge. But he never ceased or tarried but continued his journeys in quest of knowledge. Again he traveled to Damascus, Homs, Egypt, Isfahan, Ashkelon (seaport in SW Palestine) and Nishapur where he became a pupil of the stars and celebrities of Hadith sciences. This gives us a good idea of how hard he strove to learn Hadith sciences and, in his desire to collect Ahadith, journeyed to distant seats of learning.

Recognition of his eminence by Scholars

Imam Ibn Majah remembered Ahadith by heart. He was a critic in the field of Hadith sciences, truthful, upright and a man of wide learning.

He was a great memorizer of Ahadith and a Hadith scholar and Qur'an interpreter of Qazvin.

He was very trustworthy and an authority; and had a deep knowledge of Hadith sciences.

Among the Imams of Hadith, he had a high rank, was pious and a trustworthy scholar by consensus.

After completing his education, Ibn Majah turned to writing and composing and left behind three great works:

As-Sunan: The Sunan Ibn Majah is counted among the authentic six mother books of hadith.

At-Tafsir: It was a large commentary on the Qur'an in which the Imam had collected Ahadith and comments of the Companions and Tabi'in supported with chains of narrations. Suyuti counted this commentary and that of Ibn Hatim among the voluminous commentaries of Qur'an. Ibn Kathir, in Al-Bidayah, said the same thing.

At-Tarikh: A great history book and a manifestation of his great scholarship and leaming, Ibn Kathir called it a complete history while Ibn Khalkan, the famous historian, called it Tarikh Malih (nice history).

It is a pity that the last two books are no longer extant.

Many a poet wrote moving elegies on his death. Hafidh Ibn Hajar, in Tahdhibut-Tahdhib, quoted a verse written by Muhammad bin Aswad Qazvini:

The loss of Ibn Majah weakened the columns of the throne of knowledge and shook up its pillars. 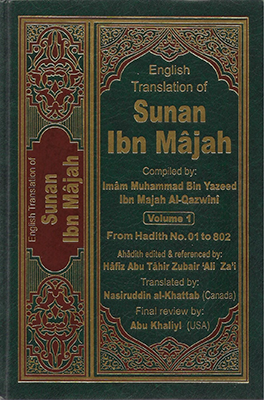 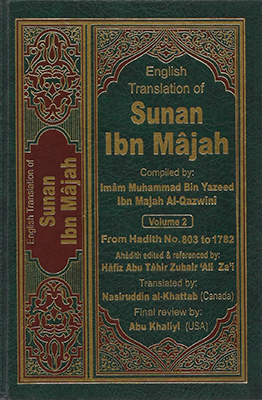 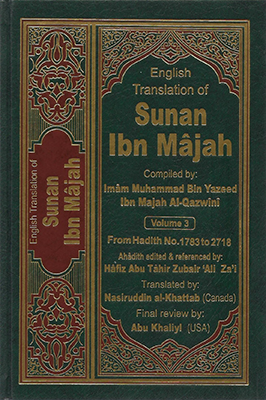 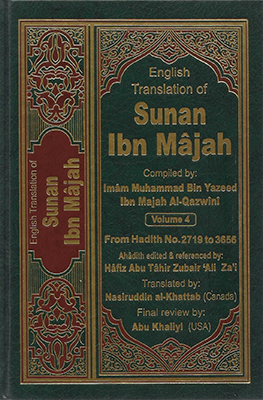 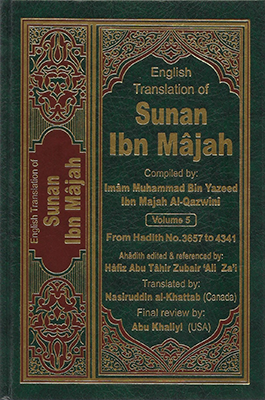