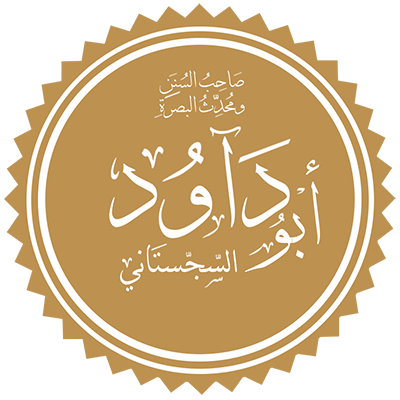 Year and Place of Birth

Imam Abu Dawud was born in Sajistan, a famous city in Khurasan in the year 202 A.H. He belonged to the Arab tribe, Azd. Even though he was born in Sajistan he spent the greater part of his life at Basrah which was the seat of Islamic learning in his time. Imam Abu Dawud also travelled for collecting hadith. Many times he visited Bagdad. He also went to Hijaz, Egypt, al-Jazirah, Nishapur, Syria and Isfahan.

He was blessed with an exceptional mind. Imam Abu Dawud had to read a book only once to commit its entire contents to memory. He was well versed in the criticism of hadith and an expert in distinguishing the sound hadith from the weak and defective ones.

Only four persons are reported to have earned their names for the criticism of hadith. They are: Imam Bukhari, Imam Muslim, Imam Abu Dawud and Imam Nasa'i. Imam Abu Dawud lived during the time when the Muslim world was full of eminent scholars. He had so much command over hadith, he was considered by many as Imam al-Muhaddithin of his time.

Besides his expertise in hadith he was also a great jurist. He had keen insight in fiqh and ijtihad. He was a religious man. He led a pious and ascetic life. He devoted most of his time for worship, devotion and remembrance of Allah. He always kept away from men of rank, the company of sultans and courtiers.

It is stated that Imam Abu Dawud used to wear one of his sleeves wide and the other correctly sized. When he was asked for the reason of this oddity he replied, "To store notes on hadith. I consider widening the other sleeve unnecessarily as an extravagance". It is not clear to which school of thought he belonged. Some scholars say he was a Hanbali jurist, others regarded him as a Shafi'i jurist.

Imam Abu Dawud heard hadith from 300 persons who were his teachers. Some were: Imam Ahmad ibn Hanbal, Ishaq ibn Rahawaiy, Abu Thaur, Yahya ibn Ma'in. For one to grasp his elevated status, he narrated hadith to the teachers of Imam Ahmad. Imam Ahmad ibn Hanbal also narrated one hadith from him. Among the students of Imam Abu Dawud are great personalities like:
Ibn Arabi, Abu `Isa at-Tirmidhi and Abu `Abdur-Rahman an-Nasa'i.

They were transmitters of his famous work Sunan Abu Dawud. Imam Muslim was also one of his pupils.

Some of Imam Abu Dawud's works are:

His most famous of all his works is Sunan Abu Dawud. It contains 4800 traditions which were taken out from a collection of 500,000 hadith.

He completed its compilation at Bagdad in 241 A.H. He presented the completed compilation to his beloved teacher Imam Ahmad ibn Hanbal who was greatly pleased at this collection.

Sunan Abu Dawud is an important collection of hadith: Most of the scholars have assigned it to third position among the six authentic books of hadith. It is only after the compilation of Sahih Bukhari and Sahih Muslim.

Sunan Abu Dawud is an excellent book. No such parallel work has been produced so far in religious sciences. It has gained popularity amongst the people. It has a decisive position among various classes of scholars and jurists. All have benefited equally from it. The people of Iraq, Eygpt, Maghrib and most of the countries depended upon it.

Abu Dawud was an eminent doctor of hadith and an outstanding scholar. No one has compiled a book like his Sunan.

Sunan Abu Dawud is considered to be a famous and popular work among scholars.

Imam Abu Dawud himself has stated:

From this book of mine four (4) hadith are sufficient for an intelligent and insightful person. They are:

The traditions compiled in Sunan Abu Dawud were generally followed by companions, successors and their followers. It is a basic source of knowledge about the legal points of views held by Imam Malik, Sufyan ath-Thawri and al-Awza'i. It serves as an arbiter for disagreement among jurists. 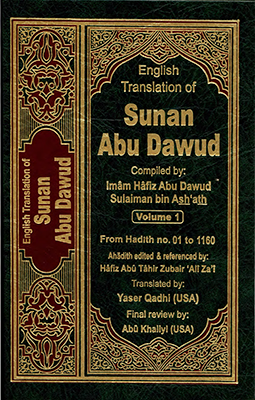 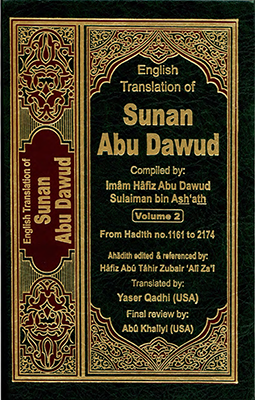 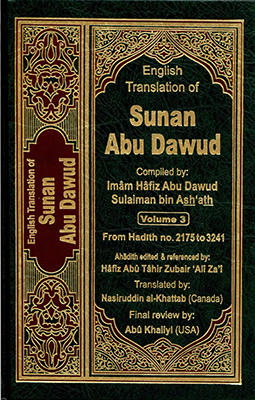 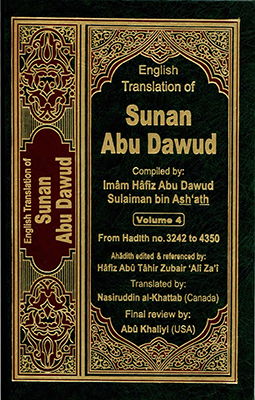 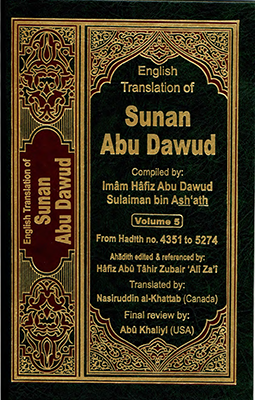