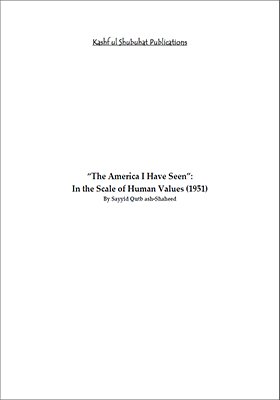 The America I Have Seen

In 1948, Sayyid Qutb was sent by the Egyptian Ministry of Education to the United States to study American pedagogical methods. He studied at Wilson’s Teachers’ College (now the University of the District of Columbia); the University of Northern Colorado’s Teachers’ College, where he earned an M. A. in education, and at Stanford University. Upon his return to Egypt in 1950, he published an account of his stay in the United States in the Egyptian magazine Al‐Risala under the title, “The America I Have Seen.”