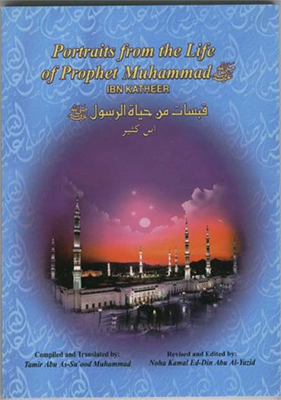 Portraits From the Life of the Prophet Muhammad

Muhammad (صلى الله عليه وسلم) brought to posterity, a religion of pure monotheism; he created a well-disciplined State out of the existent chaos and gave peace in place of the war of everybody against everybody else; he established a harmonious equilibrium between the spiritual and the Secular, between the mosque and the citadel; he left a new system of law, which dispensed impartial justice, in which even the head of the State was as much a subject to it as any commoner, and in which religious tolerance was so great that non-Muslim inhabitants of the Muslim state equally enjoyed complete juridical, judicial and cultural autonomy.

The Prophet Muhammad set a noble example and fully practiced all that he taught to others.

This Small Book brings to the Pages Portraits from the Life of Muhammad (صلى الله عليه وسلم).

The Five Chapters are: